When this film’s production team landed on the Caribbean coast of Costa Rica, they hired dozens of people, including Manuel and some of his family members. Georges Brossard was technical advisor for the entomological side, including how the main actor would handle a butterfly net. Nevertheless, he had a lot of free time to venture in the jungle to catch a few specimens for his impressive collection… He became friends with Manuel and before leaving, he wanted to leave a lasting legacy. He offered a sum of money to help Manual continue his studies! Eight years later, after his graduation, George invited Manuel to spend a few months in Canada and together, they spent many beautiful moments.

When we joined Manuel at the agreed time, he apologized for having a ‘small problem’. He could not break free from work that day, as he had an important meeting at 15:00 had been added to its agenda. To not let us down completely, he asked his brother to replace him. That’s how we got to have a guide to bring us to Bri Bri and look for a waterfall that was, until recently, sacred. In the film “The Blue Butterfly”, the same location was used for this scene. 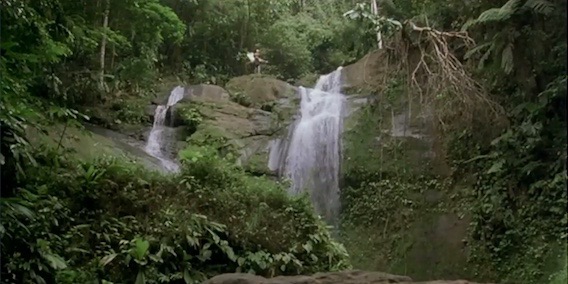 The natives came to this place to communicate with the spirits because of the natural beauty of the place. We would have never find out this location without a guide because we had to cross two rivers

get there only because they had to cross 2 rivers, the car and then walk for about fifteen minutes. 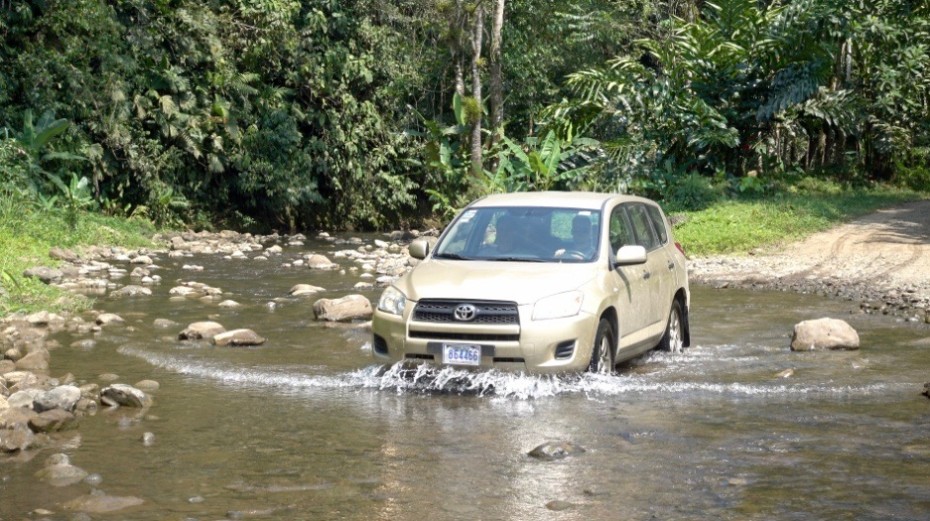 Upon arrival, a theft had just commit a crime: the backpack of a tourist had just been robbed! Nothing very reassuring … Victor’s brother Manuel who accompanied us, kept an eye while we freshened up in the basin at the foot of the falls. Some courageous, which formerly a Quebec police officer and now recycled as a hotel in Puerto Viejo, made the jump of about 8 meters … 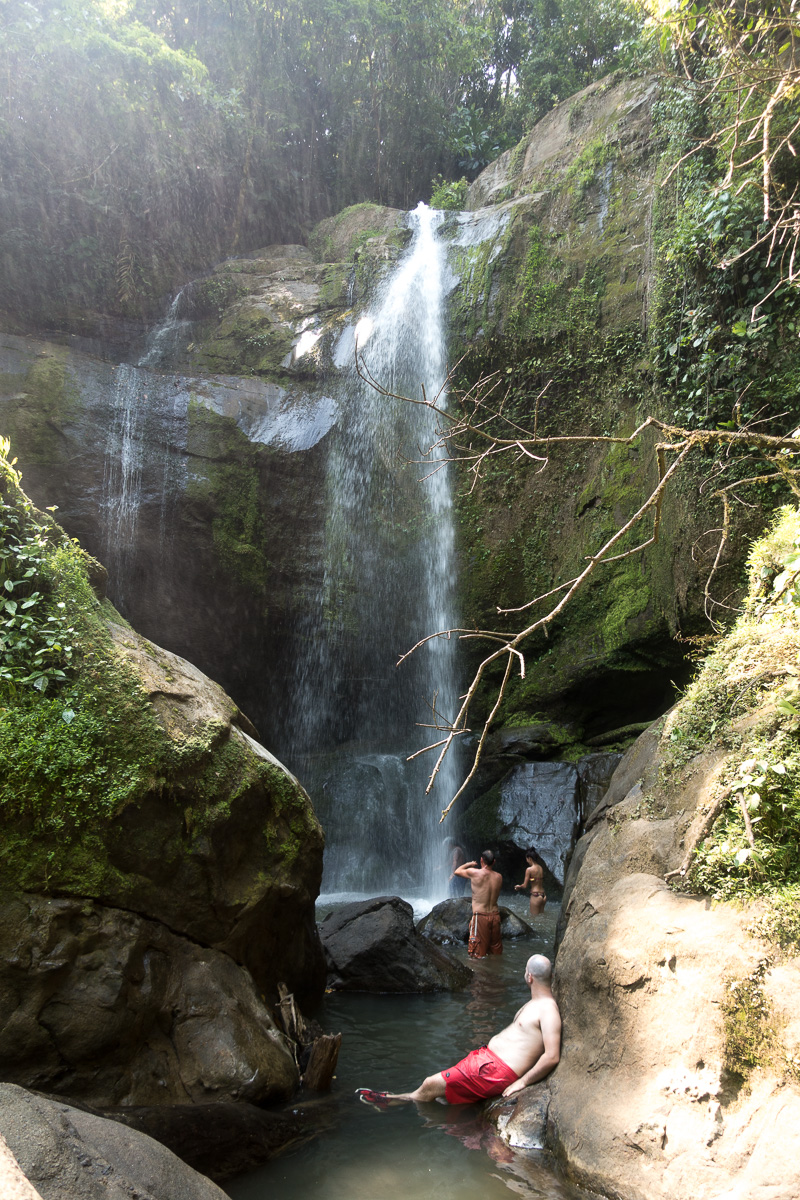 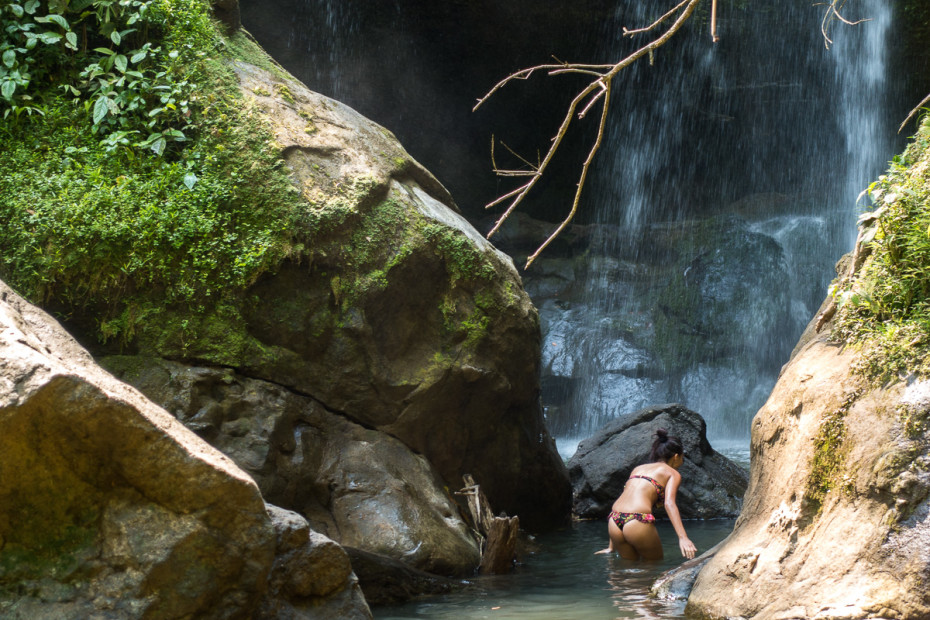 Whenever we travel the road between Puerto Viejo and Manzanillo, we find that there is a certain charm to this destination. Is it because of the hordes of young people who explore the coast with bikes? Maybe the cohabitation of yogas adapts, surfers and rastas? Perhaps it is the black sand with strange magnetic properties? Perhaps is it the lush forest, beautiful and teeming with life of all kinds? Anyway, this place is fascinating and we definitely love the je ne sais quoi here … 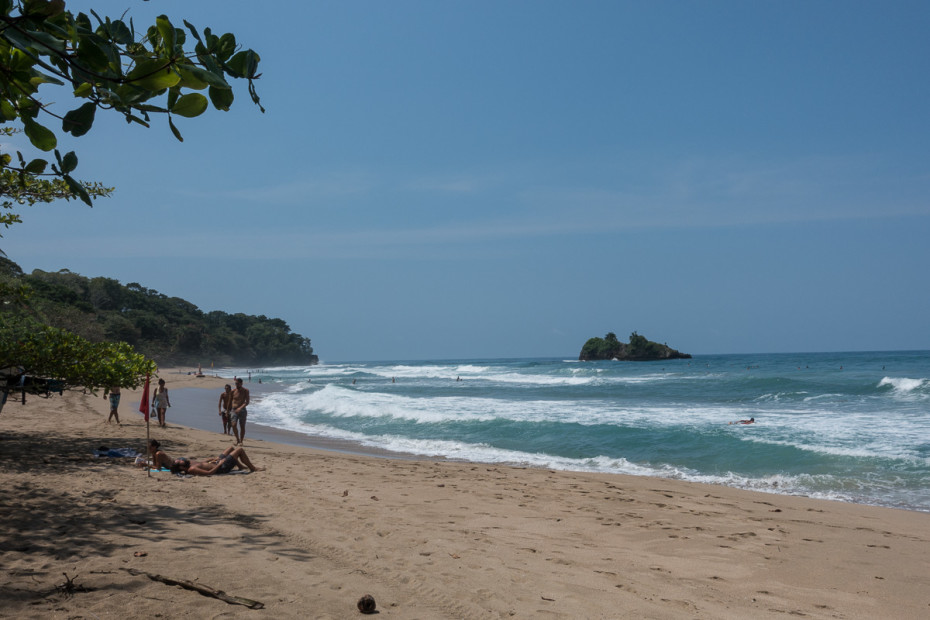 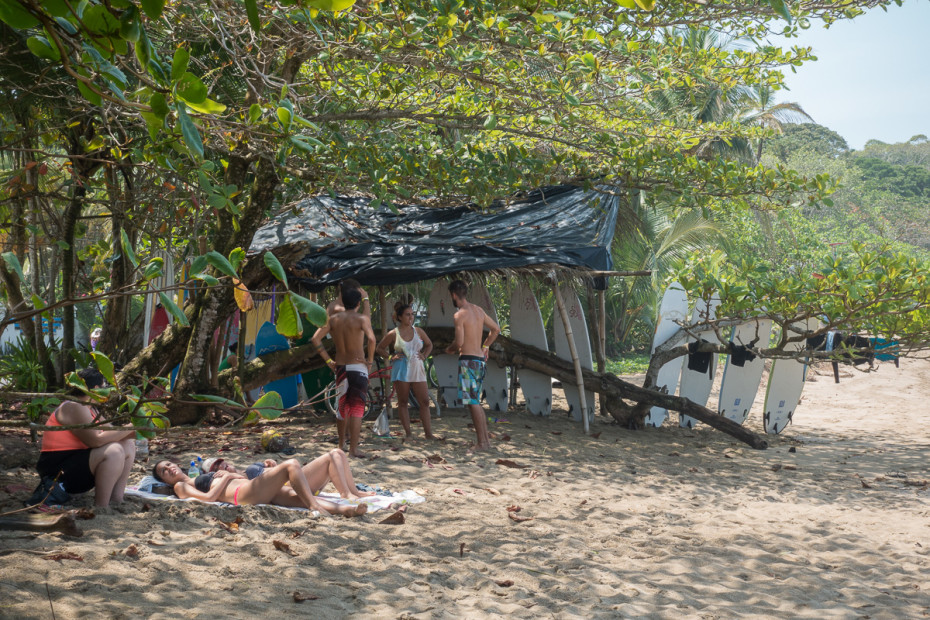