Where is this project coming from?

In spring 1997, I was really discouraged. Although qu’iXmédia become slightly profitable (probably because my annual salary was $15,000), the project for which I déployais body and soul struggling to get started. I was looking for an investment of $400,000 at a time when venture capital for business start was rare. And in addition, the project was practically nothing more than an idea because I really did not have a prototype. Everything was against me and I had nothing except a partnership promise with Tandem, an American company specializing in highly reliable computers.

I needed to rest, so I took a plane ticket to go put my ass in the sand near Puerto Plata in the Dominican Republic. A few days passed until I finally manage to create a vacuum in my mind. Those who know me know that I live in a perpetual din of ideas, projects and opportunities. For several days, I wondered why I had to work so much. To do what? The days passed and I did not really have a good answer to this question. Then, my mind is soothed and the din faded. This silence has allowed me to look at the horizon and without noticing, my eyes were clinging to a white dot crossing the horizon.

By transposition, I tried to imagine myself on a sailboat for that day. The wind was nice on a hot day with no clouds. Me who loves sailing, windsurfing, I have always cherished these moments on the water. In fact, I realized that in my youth, my favorite was a silver medallion anchor given as a gift from my parents. My favorite glasses were those with a sailboat that my parents had obtained promotion in a service station. And all my life experiences, the ones I liked best were when traveling abroad … I have at this point a hypothesis: what if the boat had all the facets of life that I loved most (travel, water, wind, discovery, autonomy)? And if it was more a lifestyle than an activity? I told myself that I had to learn the basics from the beginning of the summer …

From a curiosity to a dream

I booked in the weeks that followed two courses: one at Lake Champlain and the second on the River near Tadoussac. By a combination of circumstances (a professor of Blanchons failed their boat), my first experience was made with Daniel Hancock, an architect from St-Jean-sur-Richelieu, who had extensive experience captain and had two trips the Caribbean to his credit. Although my first experience was of only 48 hours, it was enough to confirm that it was a very enjoyable activity. I remember asking hundreds of questions to Daniel, but I was most surprised by these responses. He briefly explained that sailing was very different from owning a sailboat. Most people love the thrill of gliding on the water in a boat on a hot sunny day, but very few will end up with a boat …

It was a bit mysterious in my mind and I thought about his words, a few weeks later, when the dawn of colored salmon pink and the sky and the sea of oil around us. A teammate had just served me a bowl of fruit cut in the cockpit when they heard great expirations … “Whales!” A couple of fin whales surrounded the boat for about thirty minutes to give us an unforgettable sight. The highlight came in the form of two white spots that rippled the surface barreling at us. Two whales approached and one has even returned to set me straight in the eye passing under the hull. I was speechless … Nature offers me another extraordinary show on the same trip: a phenomenal bio-luminescence in a bay of Bic park. It was enough for me to understand why I had to keep working. The money would buy me a boat and from enjoying life.

I then spent 5 years looking for a boat. My means were limited, so I had to make a wise choice. Having analyzed, compared and watched all the models on the market, my choice stopped on the range of Beneteau First by Jean Berret and Philippe Starck produced in the late 1980s range that included several models, but my means allowed me to look only to the 32 or possibly a 35 feet. I started watching the US side to find the best price for units. When the time was appropriate, I even made several visits to Boston and New York to find a unit that would suit my needs. Finally, I came across Never Enough, a Beneteau First 35s5 1993 had almost never served and was a prisoner of a small freshwater lake near Charlotte, North Carolina. I finally got to hear me for a price that allowed me to bring him back to Lake Champlain by truck and save $ 25,000 on local units and less well maintained. Finally, I was not only a sailing enthusiast, but an owner and captain.

Similar boat owners are fond share on their boats and I had the chance to meet the owners of a nearly identical boat Veloce Emerald V. I learned later that they have bet a nerd do could not adapt to manual labor required for maintenance of a boat. The following spring, they pledged that I would not be able to become an owner. I would sell my boat for sure in two years … In the months that followed I finally understood what Daniel had told me many years ago. The amount of skill to acquire is huge (if we want to be independent) and if you are not good with his hands, like me, this is an almost insurmountable task. But my longing to travel long runs on the water was stronger than all obstacles in my way. So I learned to repair plumbing, electrical, fiber glass in addition to usual maintenance such as anti-algae paint and polish the hull. The bar was high, but with the Internet (which was not common at that time) I could find out about the optimal techniques while my neighbors in the boat yard should develop their own knowledge through experience and pontoon discussions .dropoff window For my first year, I had my share of wacky adventures and especially with septic systems on board. I discovered that fermentation gives off a gas that surprisingly increases the pressure of the tank contents if the vent is blocked … I can say that I have seen (and felt) my first geyser (milk chocolate color) a day trying to empty the skeptic tank. Obviously, the surprise took off my cap hands that fell into the water, which allowed me to reconnect with apnea in algae. But nothing can compare to the discovery of a design problem. Instead of connecting the exit point at the bottom of the septic tank, Beneteau believed smart to place the top and glue a small tube which, as a straw helps drain the background. After a few days with guests, I realize that it is impossible to drain the tank, as it does not empty! After analyzing the problem, I concluded that if I try with my arms at the tank bottom, I should find the problematic part. My passengers were a tad horrified by my research into their defections, but I was very happy when my fingers touched something hard plastic!

With Veloce (the new name of Never Enough), I lived unforgettable moments: the excitement of racing starts, the feeling of being in another world at night, under sail, listen to a passenger play guitar in the cockpit during an initiation weekend sailing, exuberant parties to guffaw with Teresa and other boat friends. I had to take passengers to help me absorb the annual expenditure of the boat, but this work allowed me to be happy in a world where the rat race in time becomes a curiosity. The only downside came from an angry wife who did not share my passion and who I always came back too late my stays on the yacht.

My encounter with Sounda

In spring 2007, I had to make a Santa Monica business trip and I started to think about my life in general, and especially my marital future. That day, I received a charter request from a girl and I refused, because revenues did not compensate for the loss of enjoyment of spending time alone in the boat. But this same lady recurred the following spring and email arrived at the right moment … Curious by nature, I did a search with her name on Google and I quickly found a photo of a lovely lady … this was the start exchanging correspondence. It was animated by the same desire to travel than me and she also succumbed to the pleasures of sailing (and my charm!). As we were both in relationships when we met, we had to go through difficult times in the weeks that followed.

Our older sun, Mael, arrived in 2009 and was introduced to sailing at a young age. The following year, I sold my company Ubisoft and we began the search for a larger boat, which would allow us to travel with family for an indefinite period. (to be read in the section on the boat).

Marine resume training and other skills

Other skills and achievements 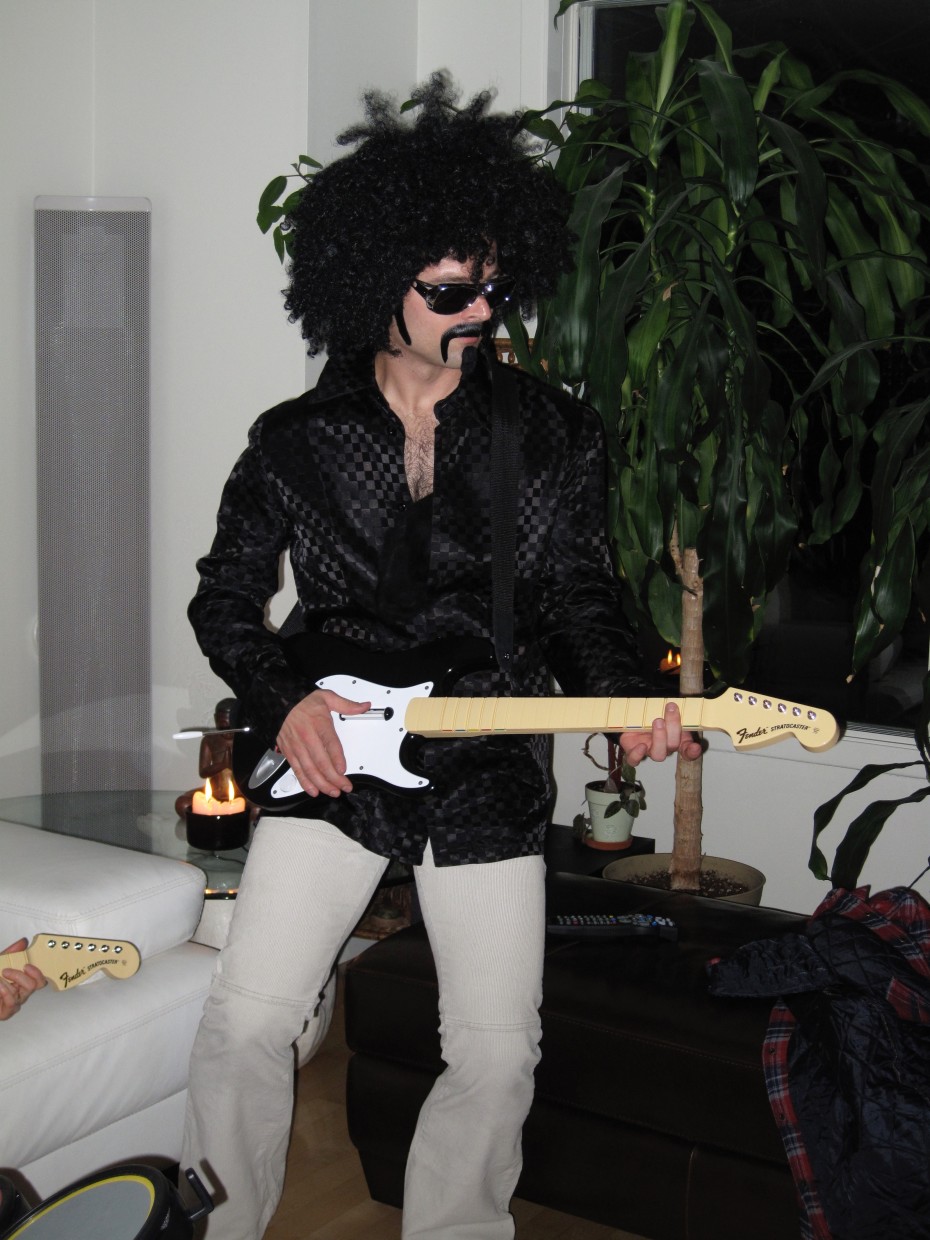 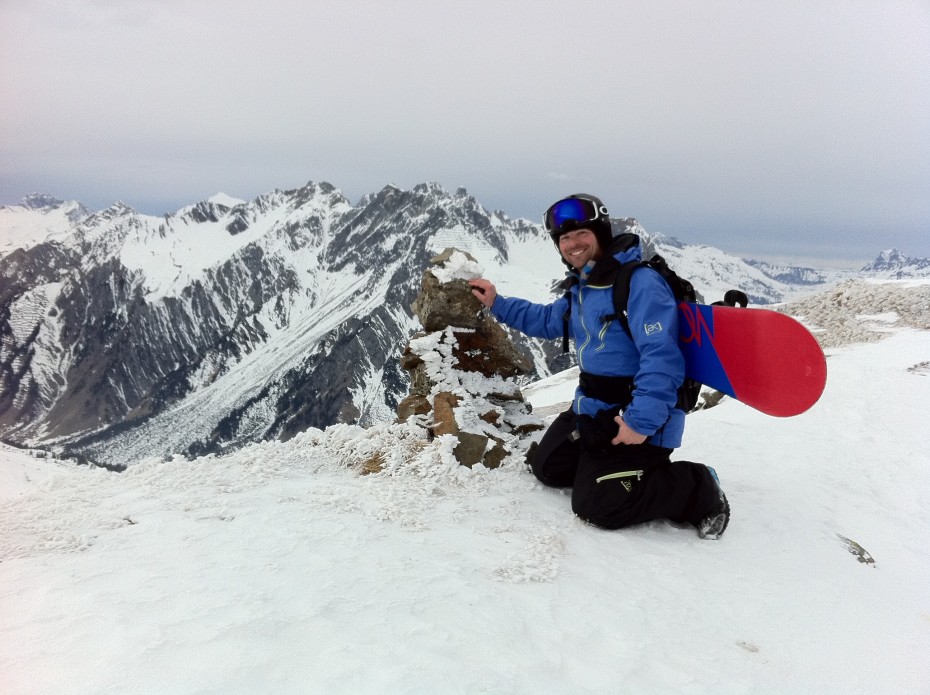 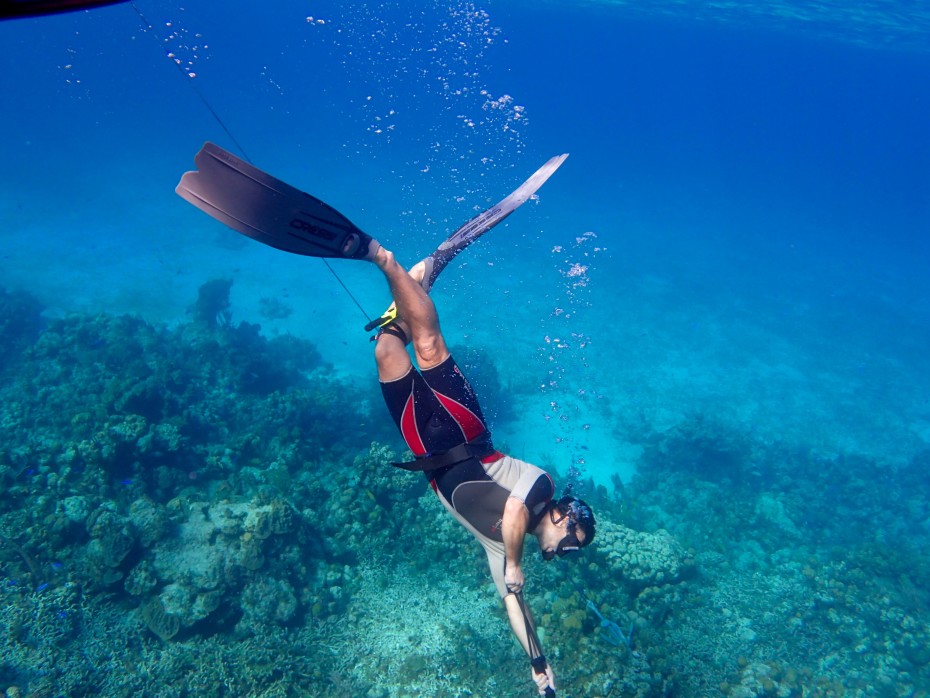 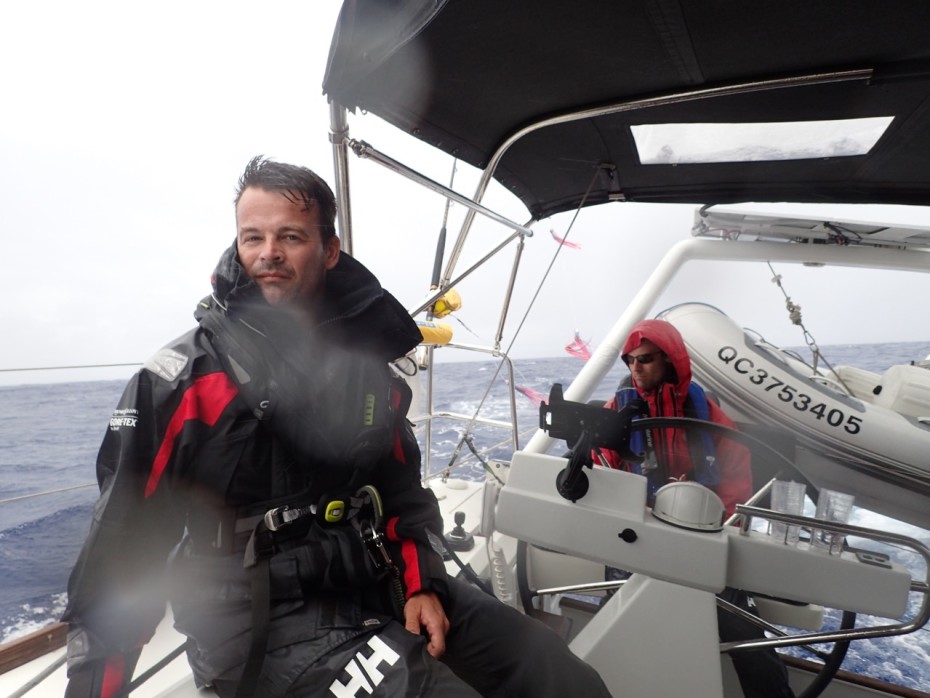 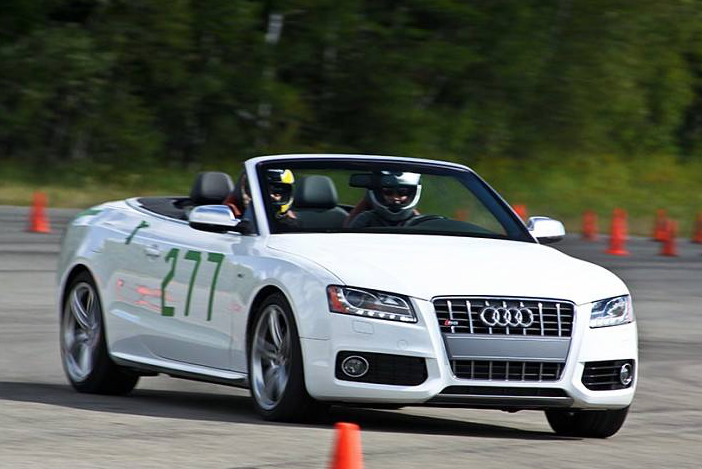 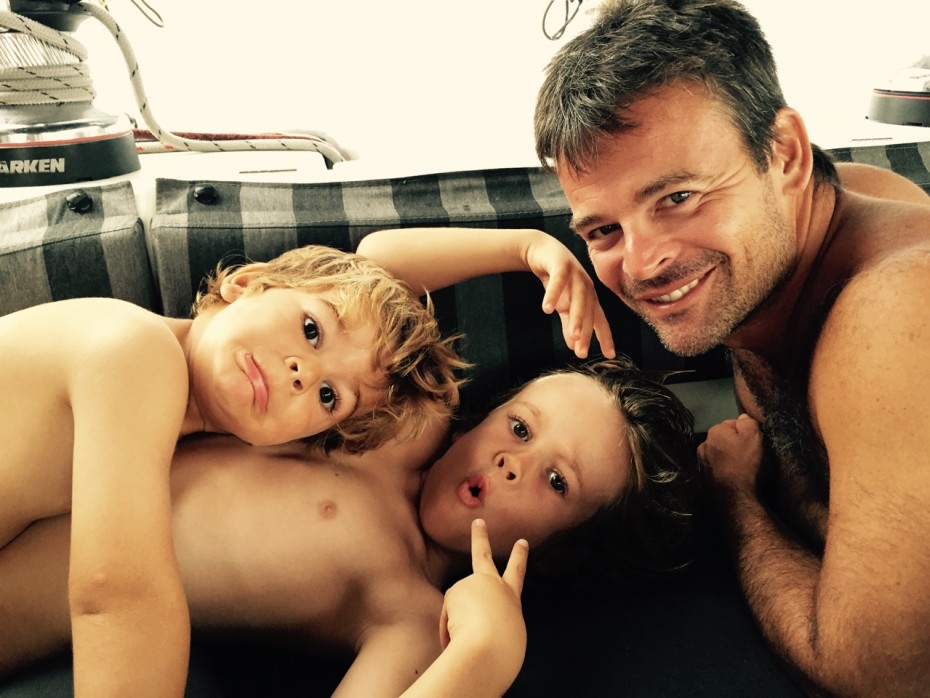 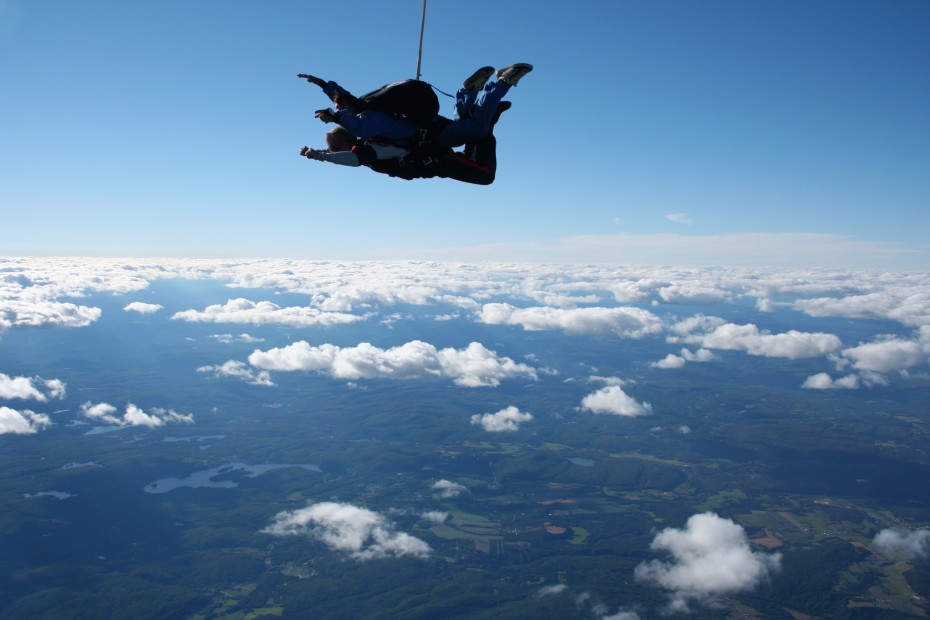 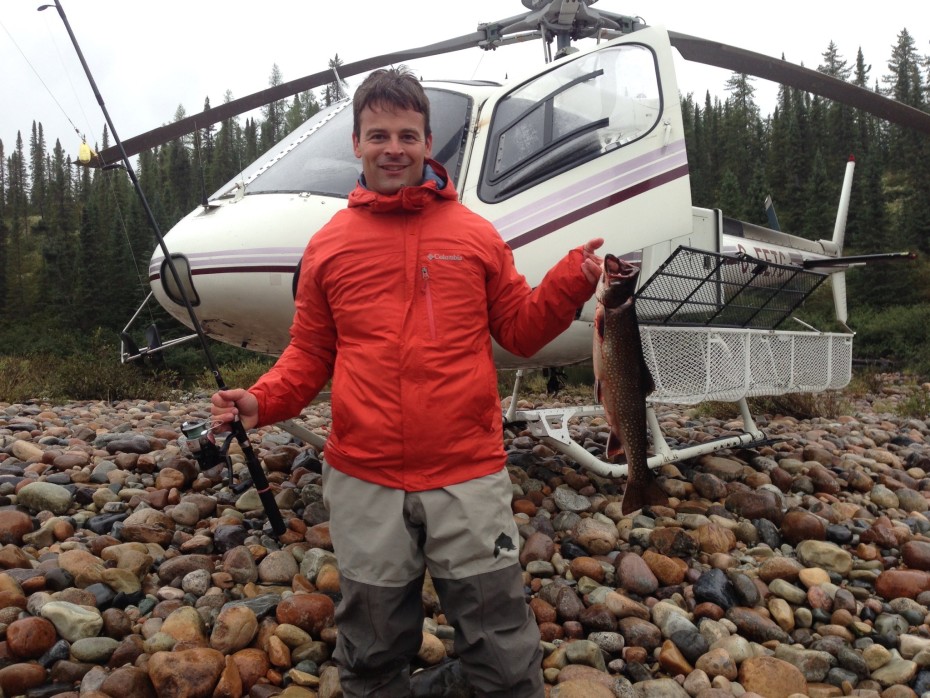 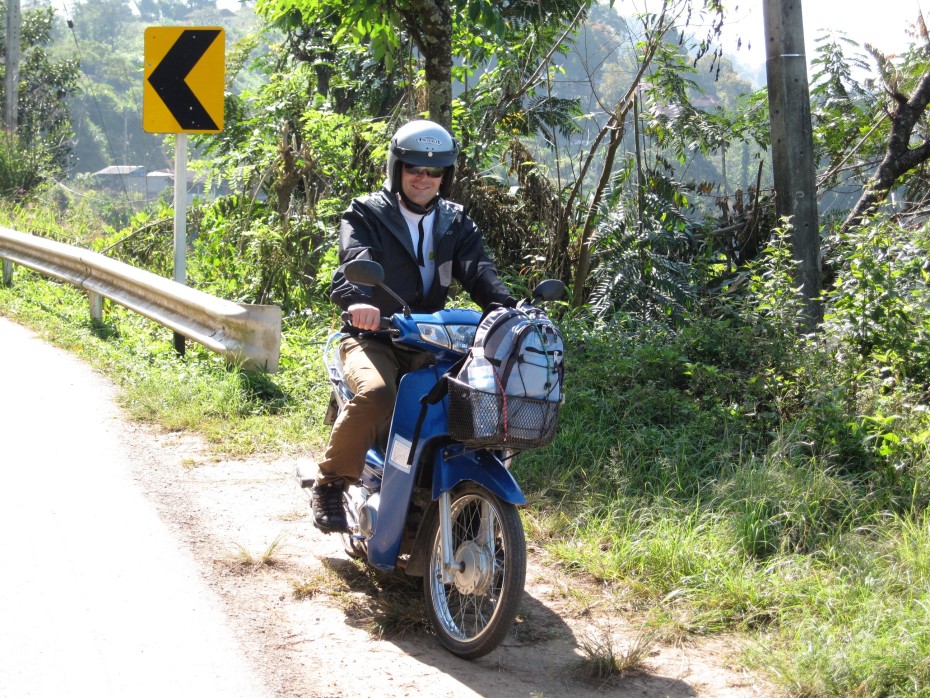 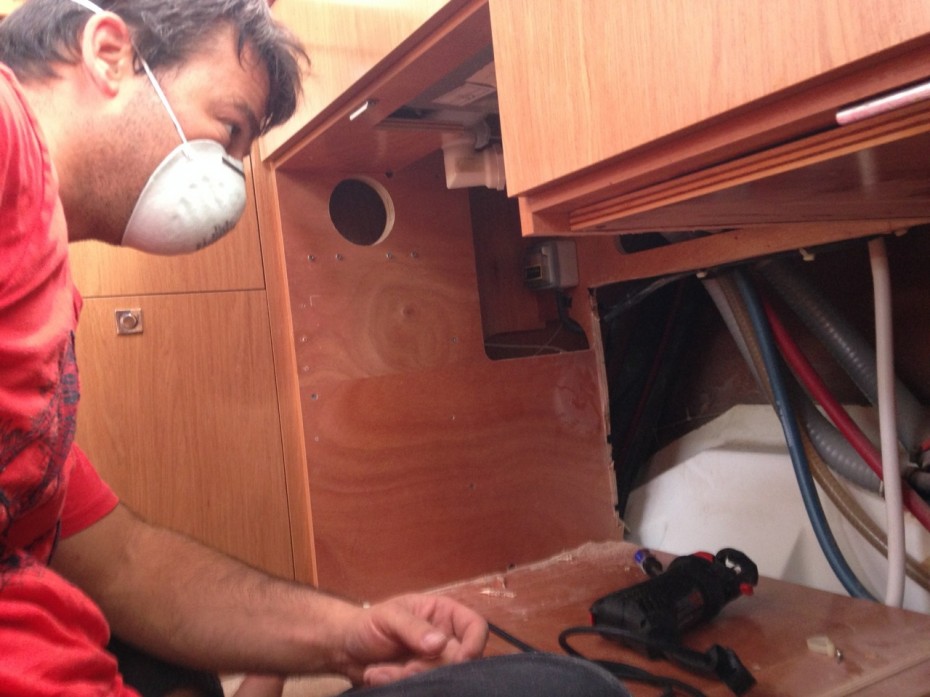 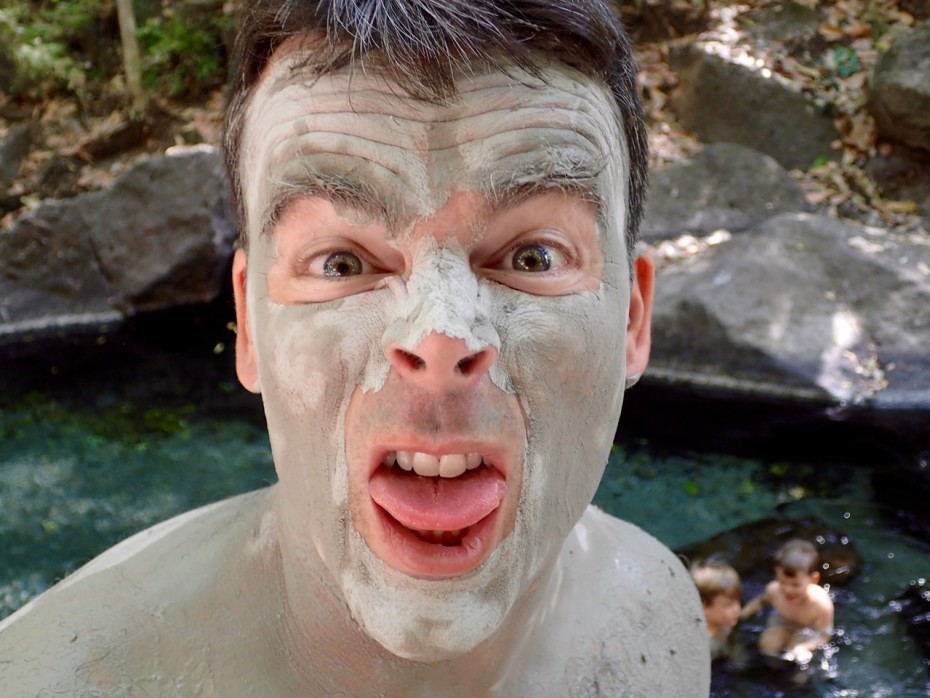 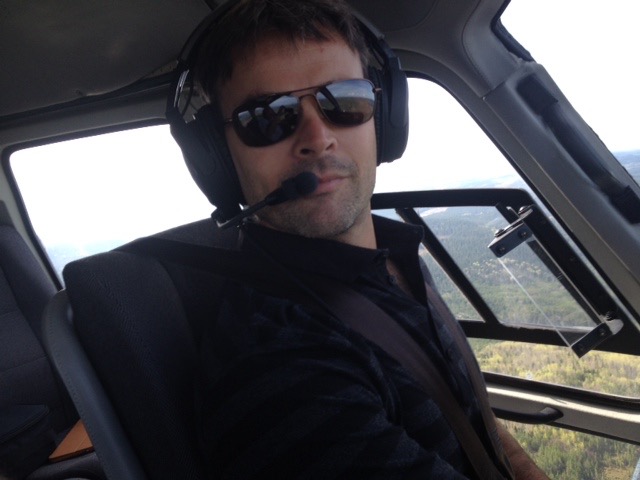 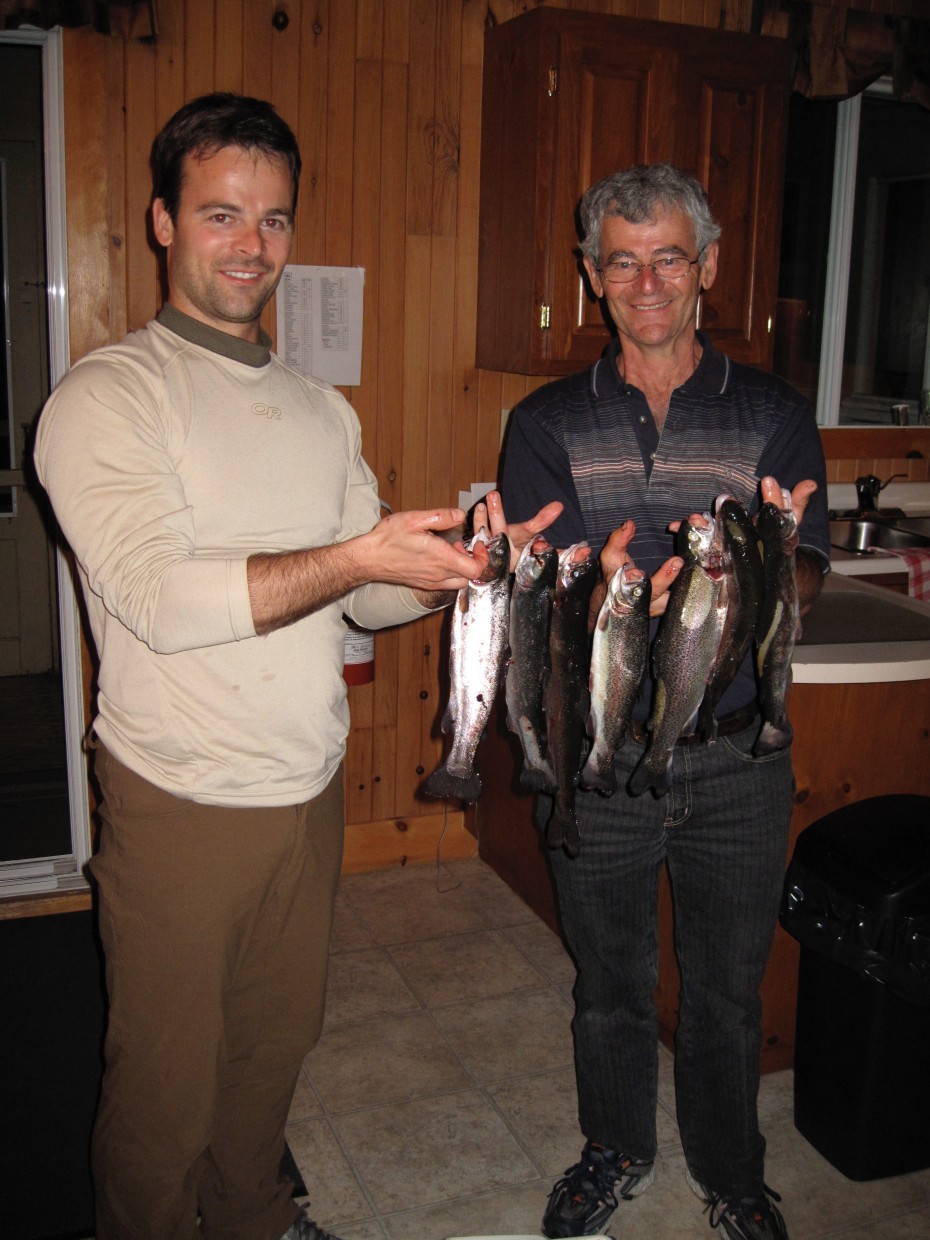 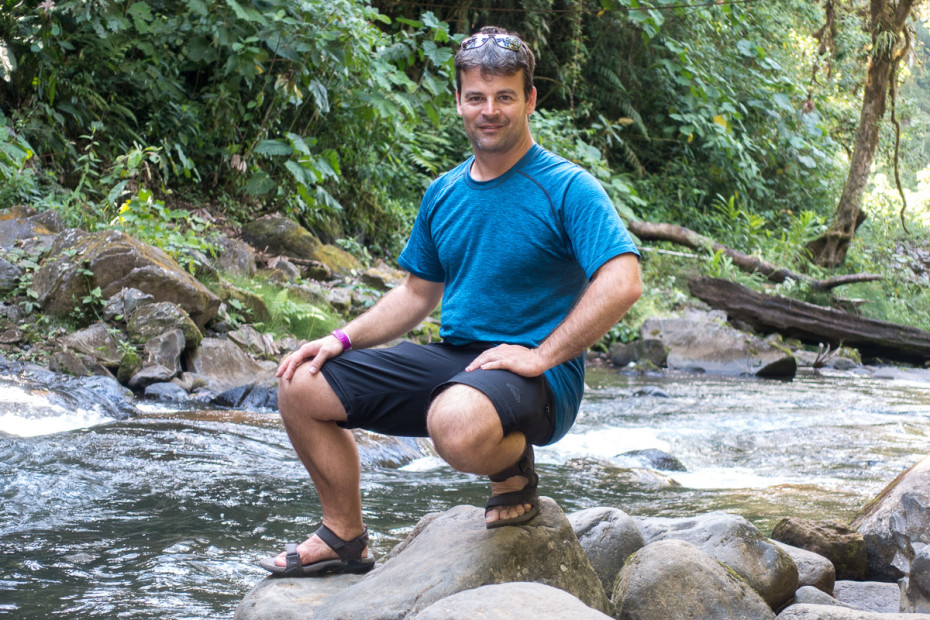