During the night, Sounda was bothered by the smoke emanating from the kitchen on the level below. She did not really slept and was not looking top shape this morning. 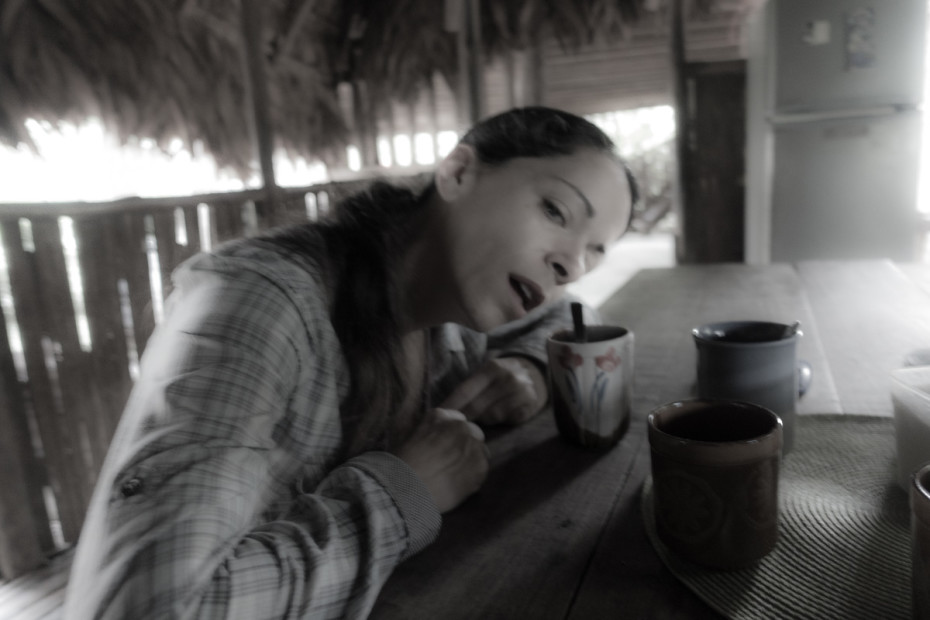 After tipico breakfast (rice with beans, eggs and plantains), we go to the place of embarkation. After some formalities, we expect other passengers before leaving: a mother and her daughter.

Then it’s a boat we will go up a river in the village of Yorkin, where about 300 people live in the Panama border. They grow and sell bananas, cocoa and plantains, but essentially their life is cut off from the world. It was a real adventure up the river to get to them … 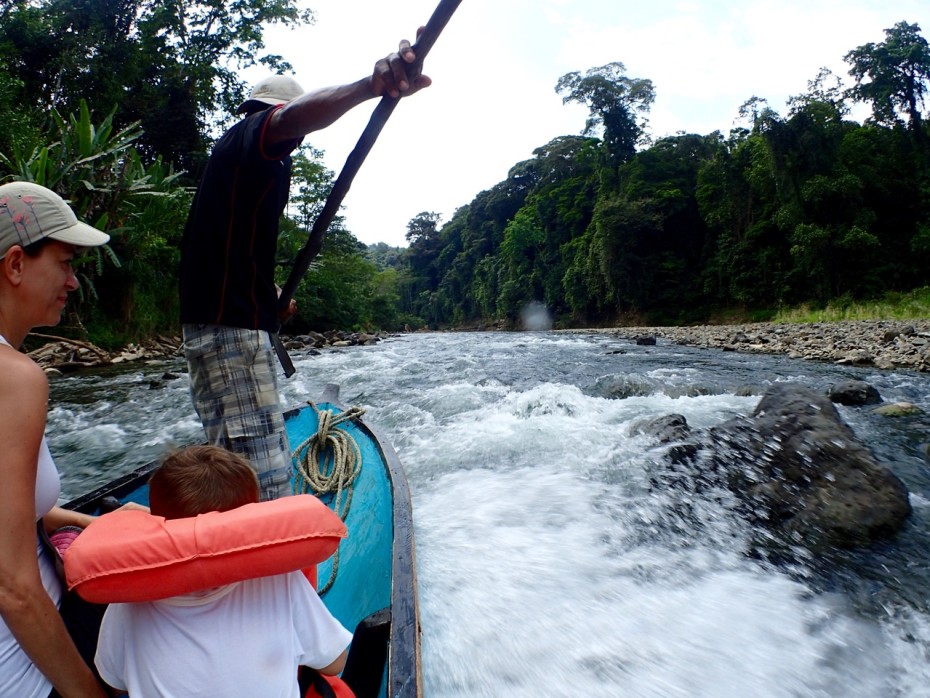 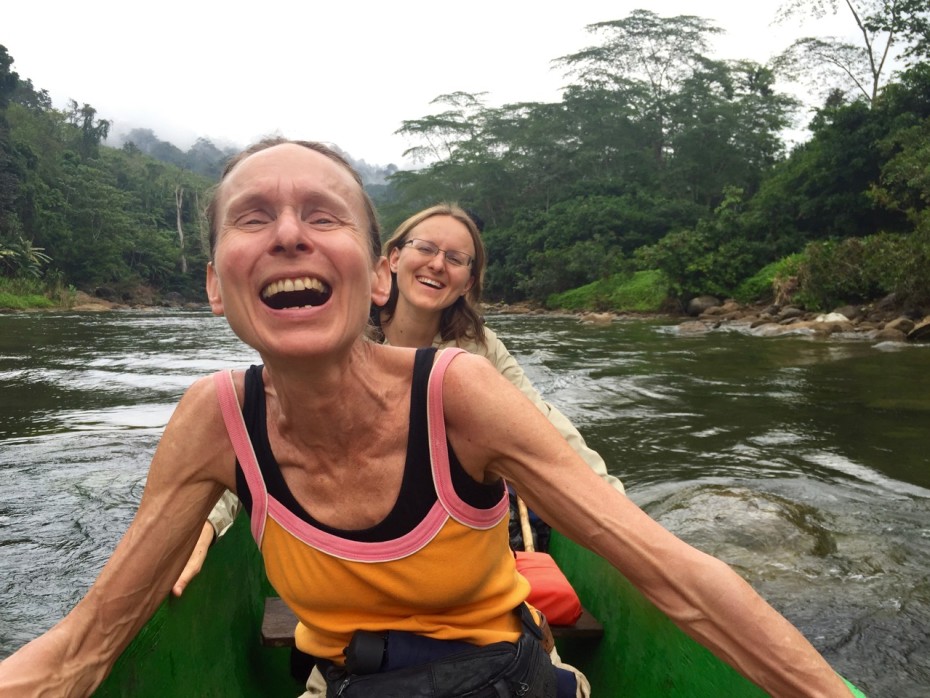 On the way, we learn that the father of the family who welcomes us died there only two months ago. They are still in mourning and it is only later that we really will measure the extent of their loss. When we arrived, there was no water in the village. There is someone who will repair the problem within hours. There were several activities on the agenda, but they are all canceled but one: a stroll through the forest brings us to a pretty fall of the Panama side. In return, we will have a lot of fun to swim in the river and in particular let us down in the strong current of the river. 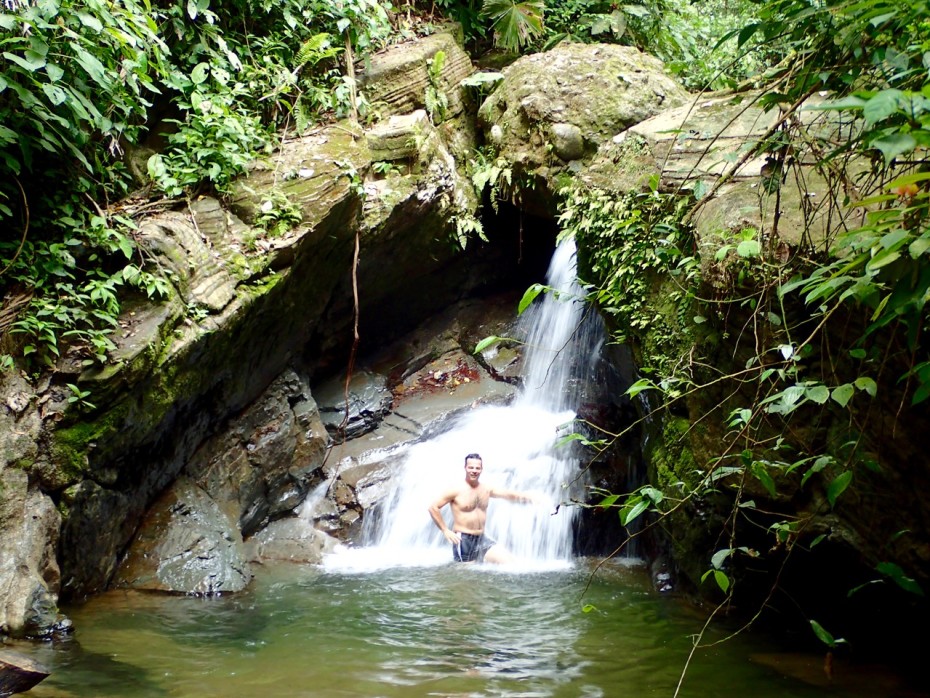 During dinner, our host family is rather silent. We occupy the table in the center of the hut and they are arranged on the periphery … We can feel their pain with the lost their father, their visionary. It was he who, about ten years ago, was driven to do something else than grow bananas and cocoa. He preferred being with people, then he invested heavily to accommodate tourists in this remote corner of Costa Rica. His gamble worked and Yorkin is now one of the most popular stages in all inclusive circuits  frequented by francophones. Unfortunately, the cancer took his life away too fast …

The next day, our program is loaded: shooting session with a traditional bow, transformation of cocoa into chocolate, visit family gardens and walk to the village. It was a beautiful day with a lot of beautiful moments not only with our host family, but also with the two German Swiss women who accompany us. The start was very moving, with tears that rolled. We would have stayed a few more days in this community, whose life is rather difficult being isolated from civilization. 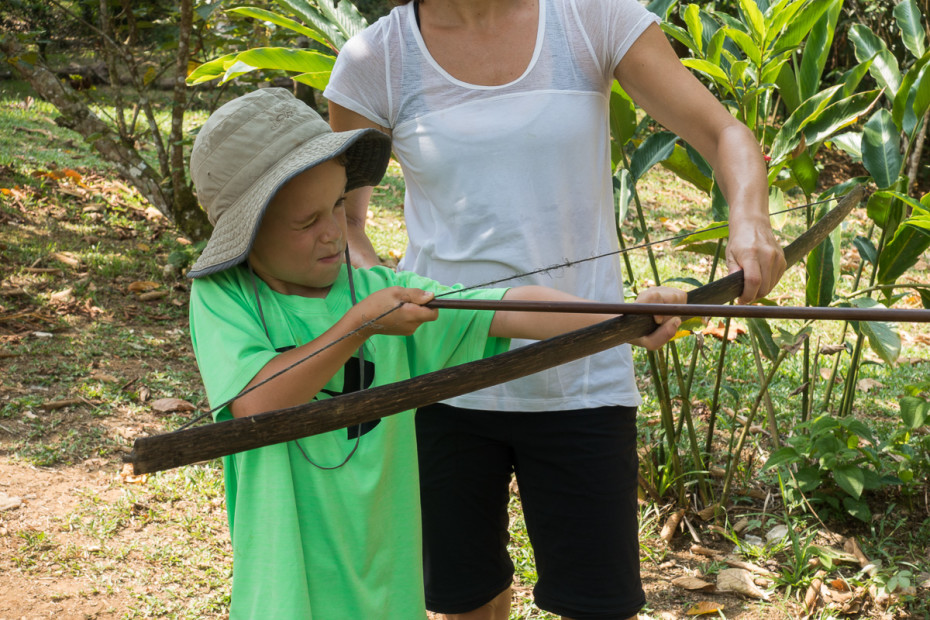 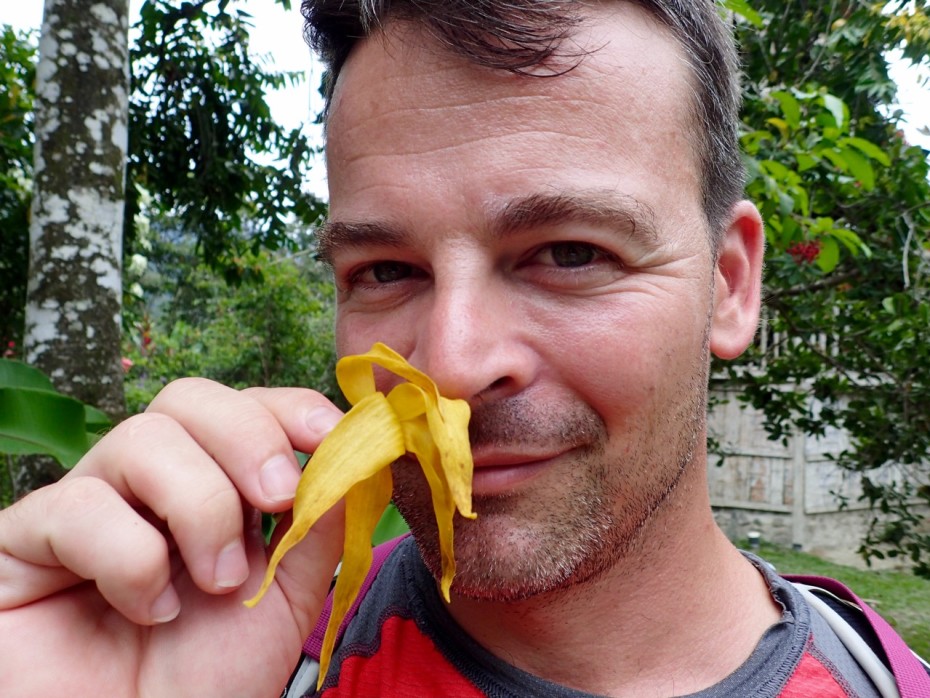 For us it will be the last leg of our trip. After spending three months in Central America, two in Costa Rica, it’s time to return home in Montreal. Family and friends are anxious to see us and it will be an opportunity to get over our worldly life, before flying back to Europe to find Jayana …

We must gather the fruit of the cocoa. When the wall, it becomes yellow, red or purple … 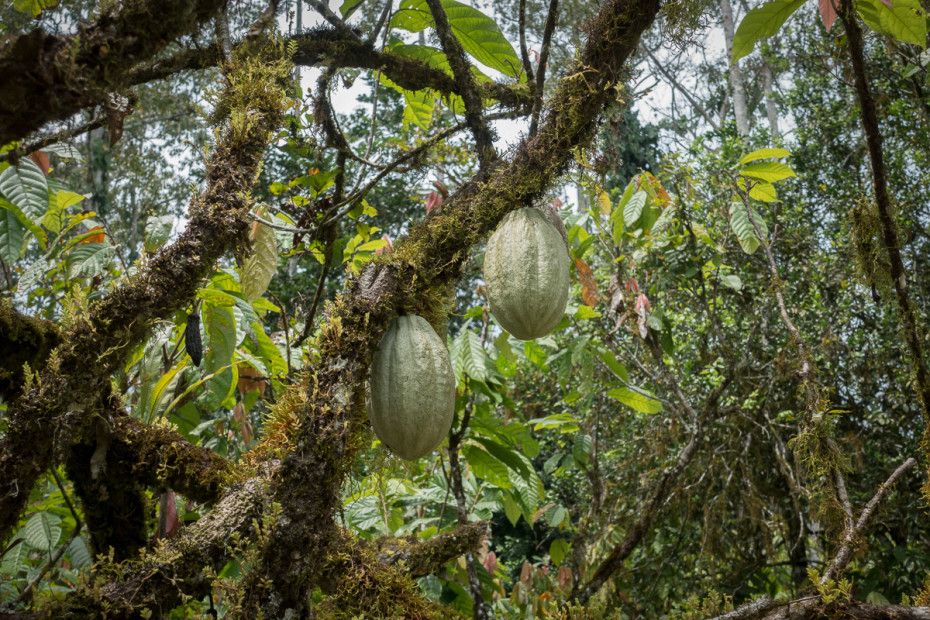 When opening the fruit inside is filled with large seeds topped with white pulp. The pulp is sweet and succulent, with a taste that is similar to that of lychees. 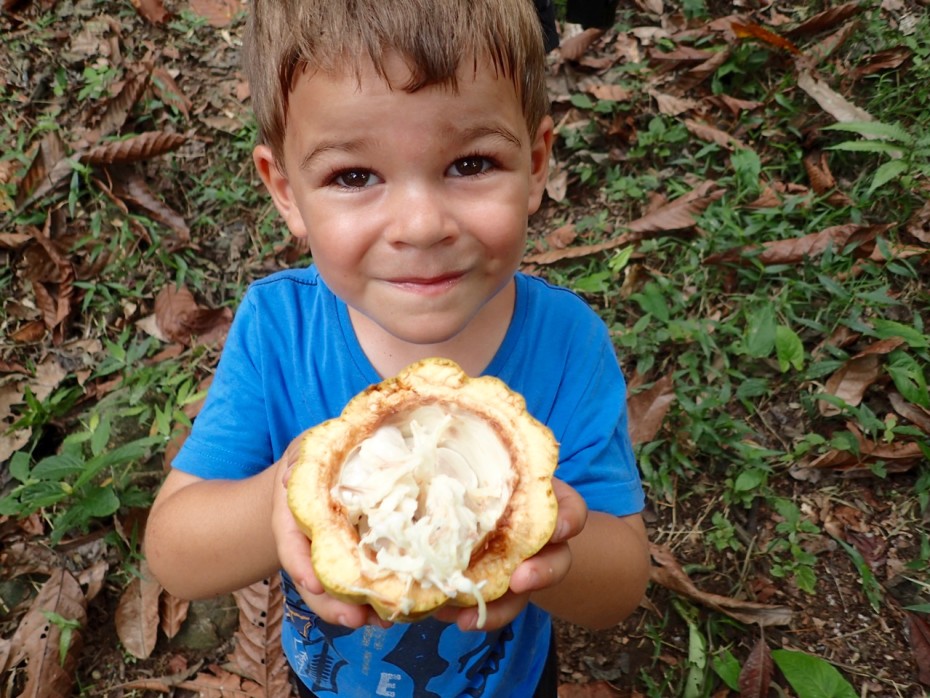 After 4 days fermentation, the beans are dried, roasted and crushed. 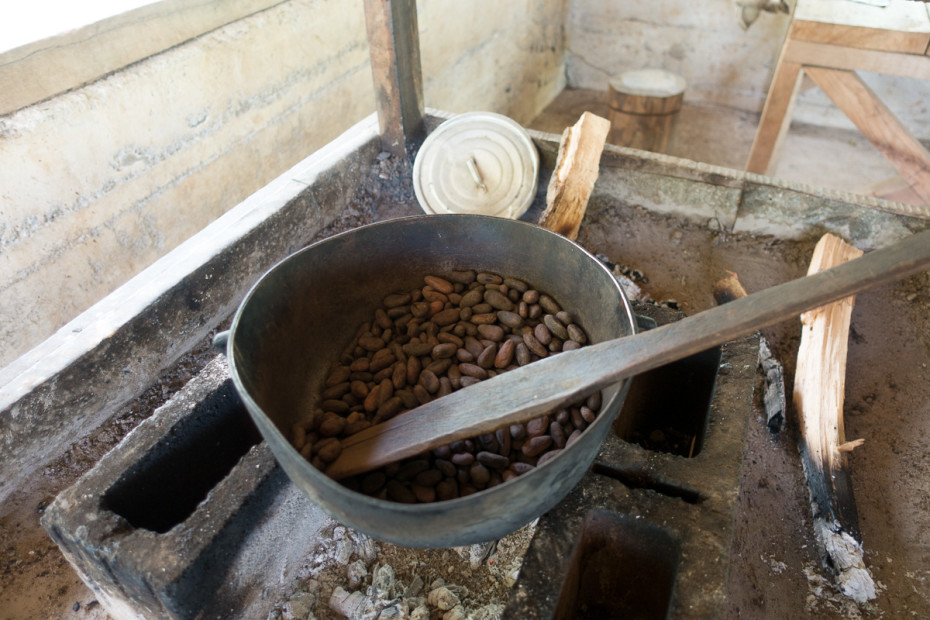 The envelope is separated from the grains by this filtering technique. 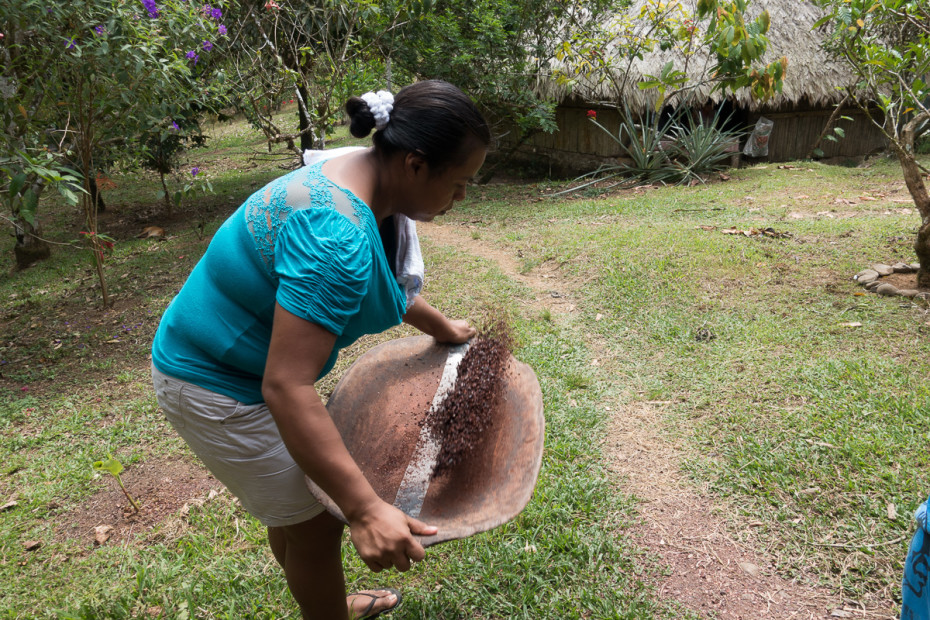 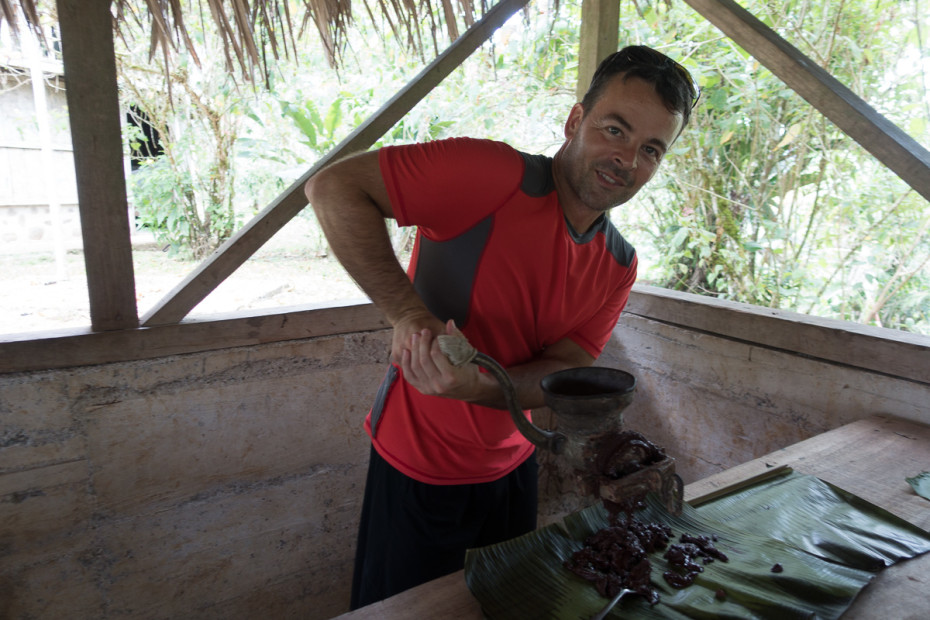 Here pure cocoa paste, with all the oil contained in the seed. The taste is rather bitter at this stage. 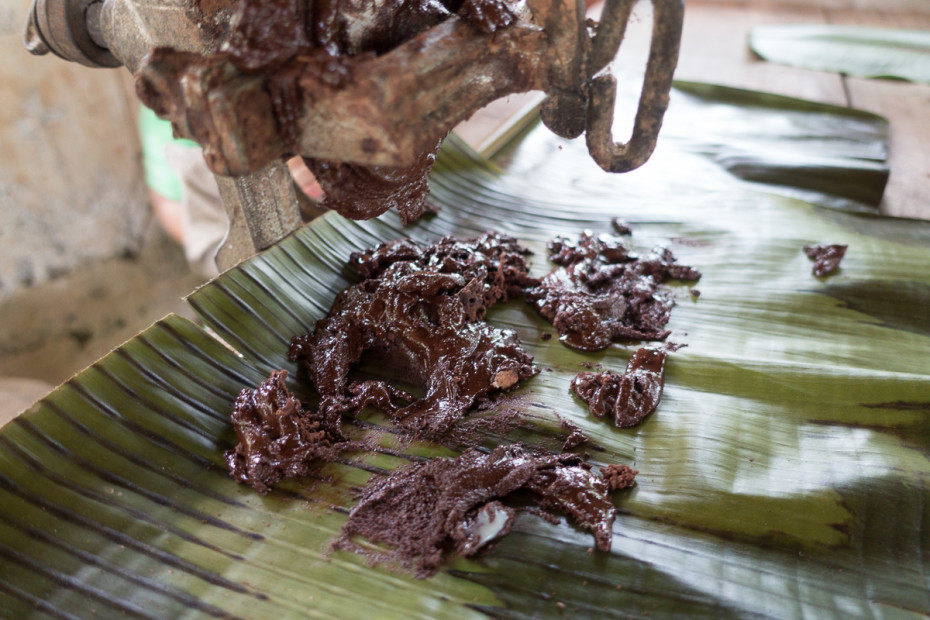 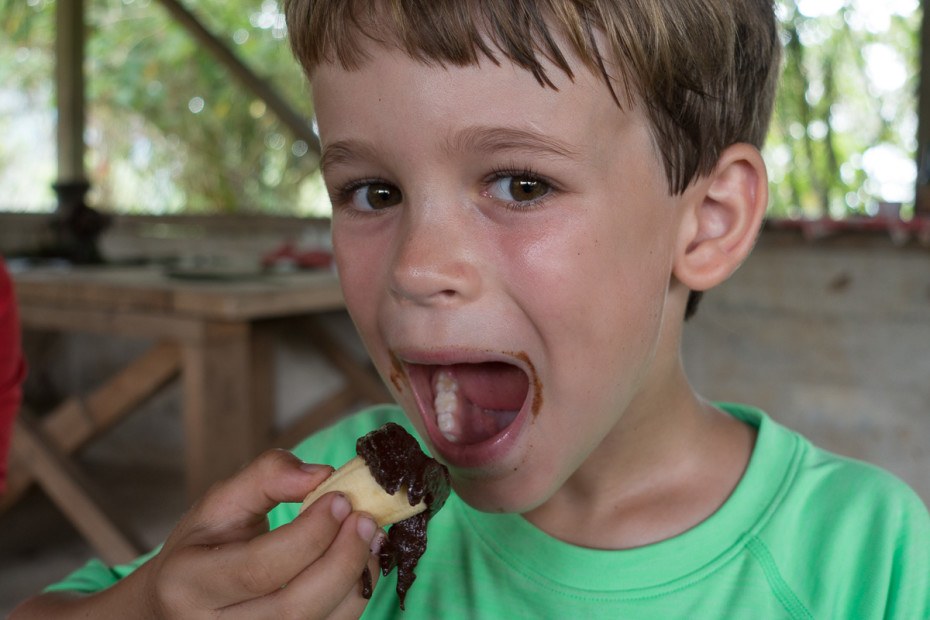 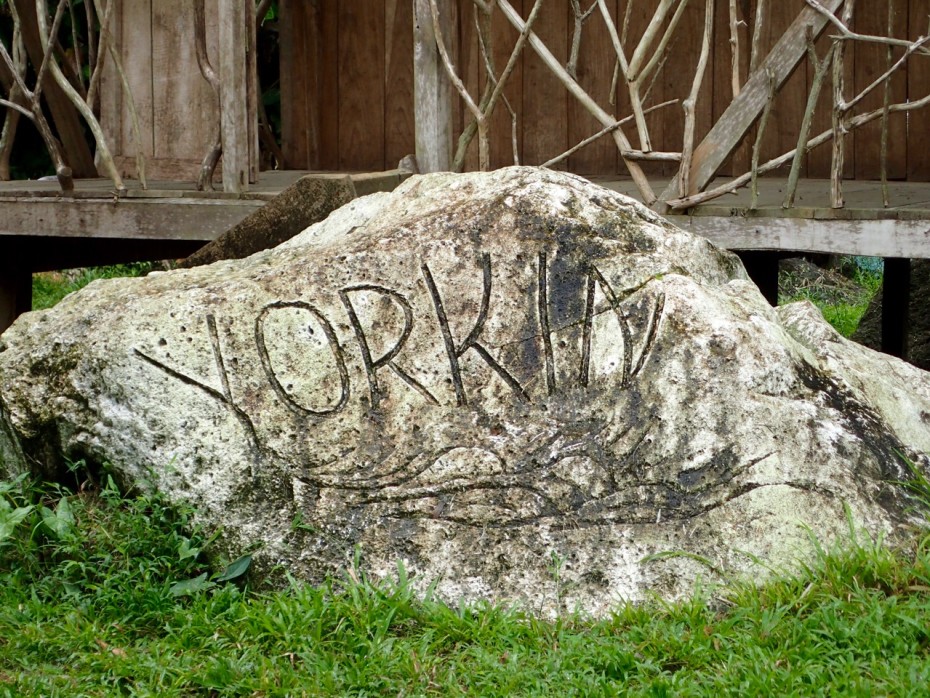 A classroom in school 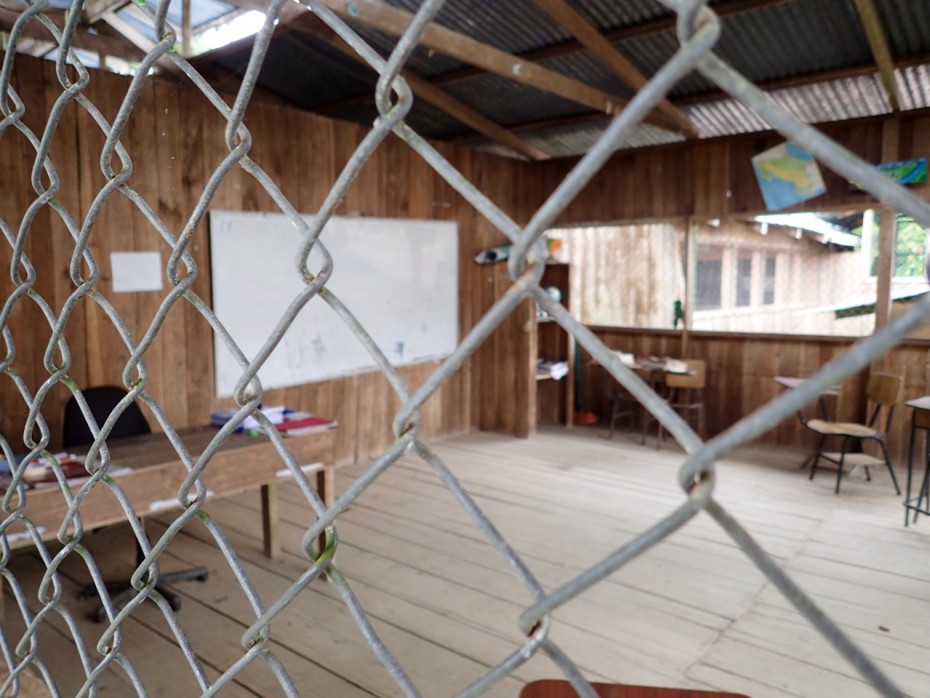 A bridge over the river to the Panama side, where some families live 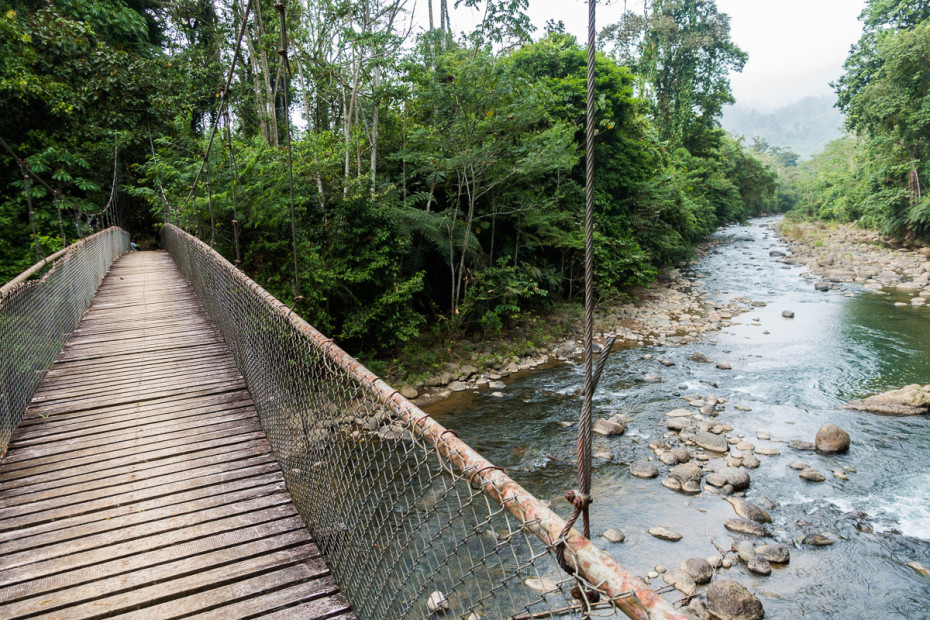 Laundry cleaning in the river 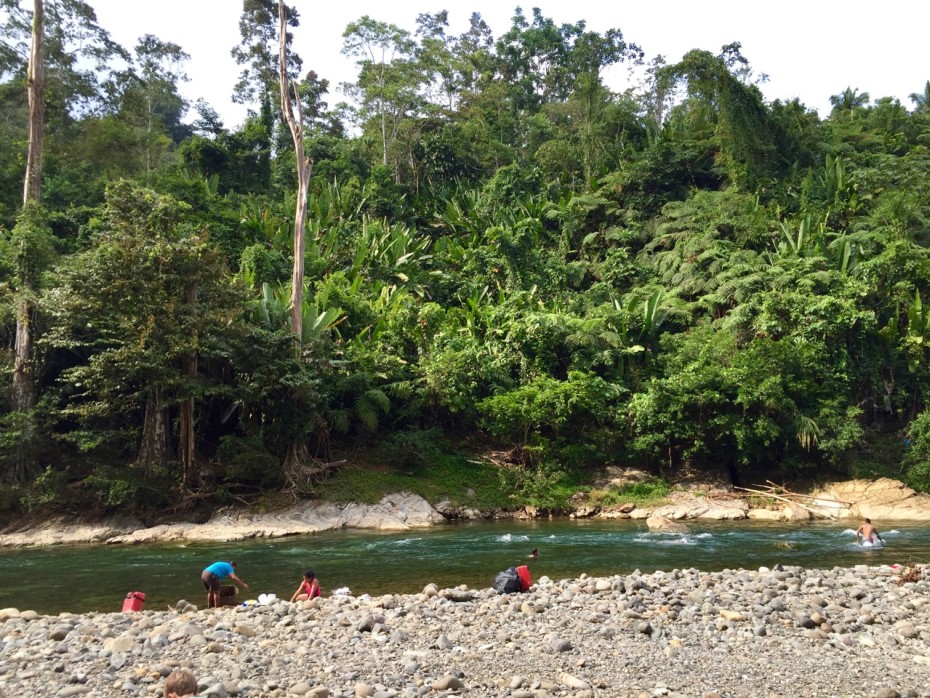 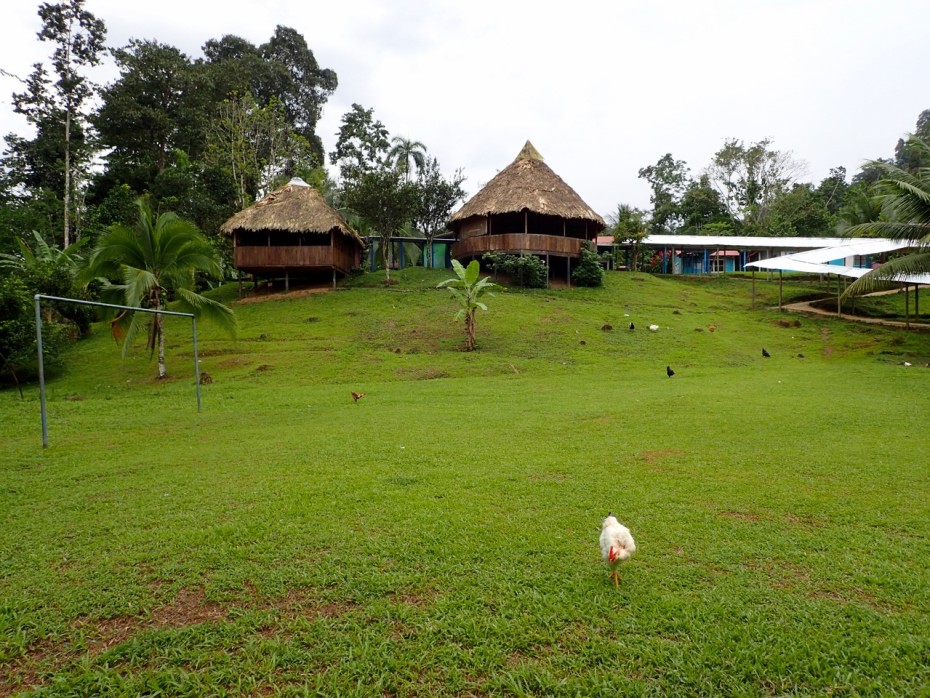