This morning, I still had the gummed eyes when I pulled out the head outside to greet Serge who was on watch in the cockpit. It’s seeing bundled up in her wax and I realize that we are going to North… Morning are increasingly chilly and the air is much cooler. I just had time to exchange a few words before you scream “Whales!”. Less than three boat lengths was 2-3 small whales and we could very well see their breath with each breath. Wow, nice way to start the day!

A little later, it of Carl get up turn and it is on fire this morning. He dances and sings the song “YMCA”! The good mood inhabits the boat! Perhaps this overflow of enthusiasm is due to fact that he is the chosen one to perform a heroic act. Must be mounted on the mast to resume the the spinnaker halyard from the small end that always exceeds. When she had given up the ghost, she was stuck on the pulley at the top of mast. This is an incredible opportunity we have had as it could well fall into the mast and thus quite complicate our work.

After some preparations to stabilize the boat and the GoPros for filming the feat, Carl was his ascension to the clouds to a height equivalent to a 7 storey building. Made at the top, it has a little maugréé to the effect that I had not told him the effect of such climb on the family jewels. 🙂 Let’s let him things to discover! The halyard was able to be down on the bridge (and Carl also) for an analysis of the accident. Our verdict is that the splice, which was delivered by Beneteau was not long enough to give enough strength to support a spinnaker in the air and therefore, it is simply untied under the pressure of the monster. The most frustrating is that we hesitated to eliminate the system of pulley 2:1 just before hoisting the monster because it brings lots of problems of twist with the rope. Having followed my intuition (instead of trying to avoid climbing the mast), we would not have had this damage in which we lost the use of our spinnaker.

Apparently, the greatest fear of Carl before coming on Jayana stood in the kitchen. He wondered how he was going to prepare meals for the cottage, there is for cooking, etc. Over the days, we’ve taught cooking to edge 101 and it comes very good! He however realized that the preparation of a quiche application control kitchen on board 201… In particular, the manoeuvre to put the plate with the dough with the streaming preparation in the oven. When the entire kitchen range between 10 and 25 degrees tilt every 6 seconds, must be pré-incliner the dough before the preparation and the transfer is very delicate. Need to open the oven door, estimate the angle of heel, pré-incliner oven, take the quiche and move it about keeping the preparation at the level and then slide it into the oven inclined at an angle of heel of the moment. When the door is closed, the oven automatically adjusts, but the transfer is really delicate… Carl has a good master with Serge that he, master kitchen to edge 401 (according to Carl)!

After dinner, we were made in the center of the Atlantic and Serge had a crazy to make idea. A few days ago for his 50th birthday, he received a pair of webbed yellow gloves. A funny gift that has amused and he got the idea to put it to the test in the big pond. He had chosen the location several days ago and when we finally arrived, all sails have been arranged, the boat stopped and sailors jumped in the water in turn. It’s always a strange feeling of being a man in the sea knowing that the bottom is located kilometres under our feet and large animals can prowl around… Feat completed and recorded for posterity, we resumed our route by being well refreshed…

Tonight, we had many reasons to celebrate, so I pulled out a bottle of champagne. Serge has had the honour of the cut because we had just reached the milestone of 50% of the travel he has done for 50 years! We have also made our best 24-hour sailing with a distance of 171 miles in 24 hours (7.1 knots average speed). This was to increase our overall average above the bar of the six nodes since the beginning of the trip. If we continue at this rate, we will make the trip in 14 days, which is an excellent performance.

Tomorrow, we will have our second time on board change as we cross the 45th degree of longitude. When we close to Europe, we must adjust our time accordingly. On board it will be 2 h for later time of Montreal. (UTC-2).

Forward any for new adventures! 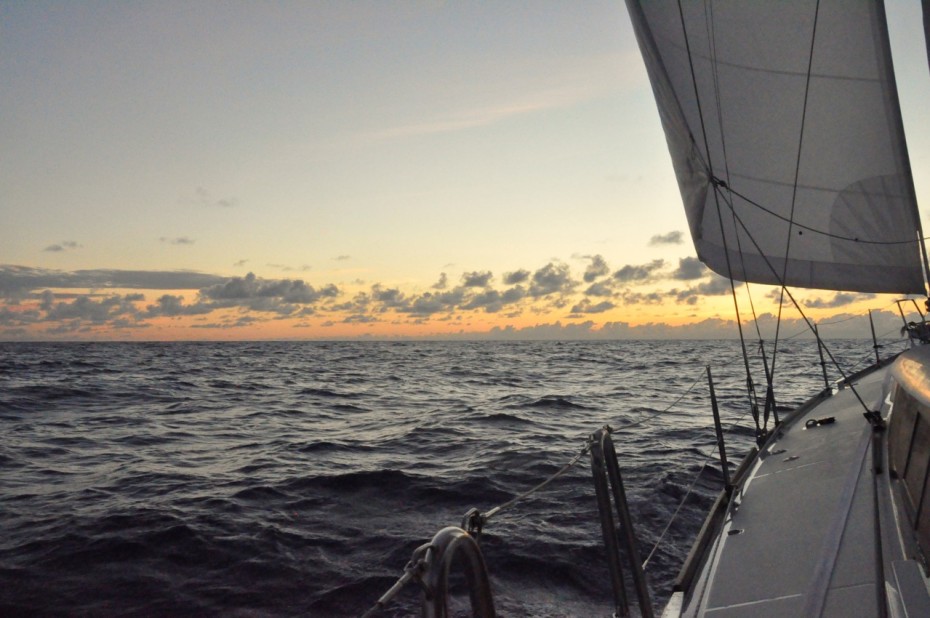 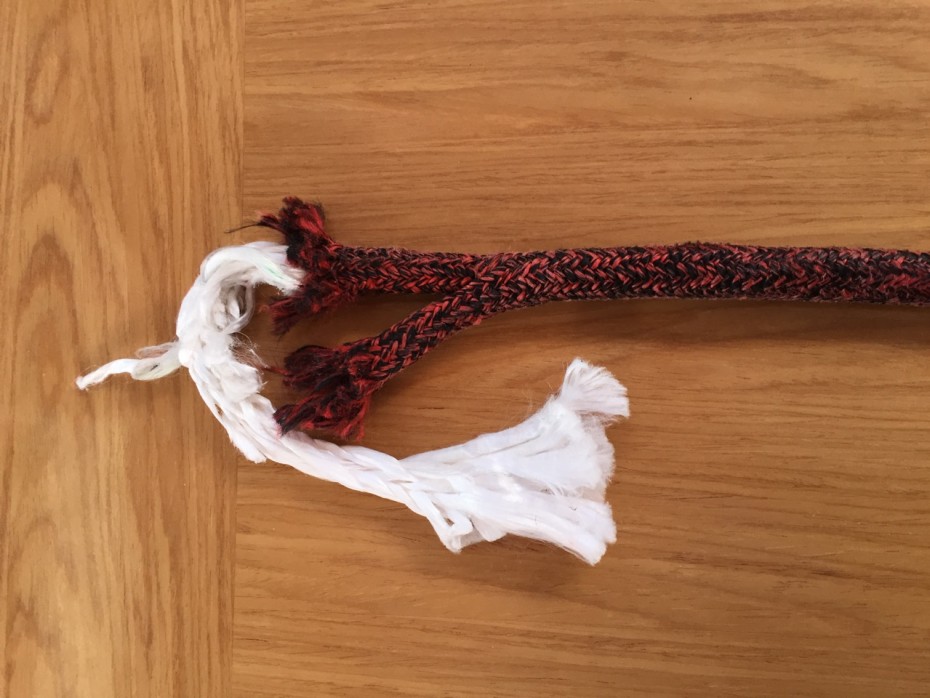 The splice, which has dropped 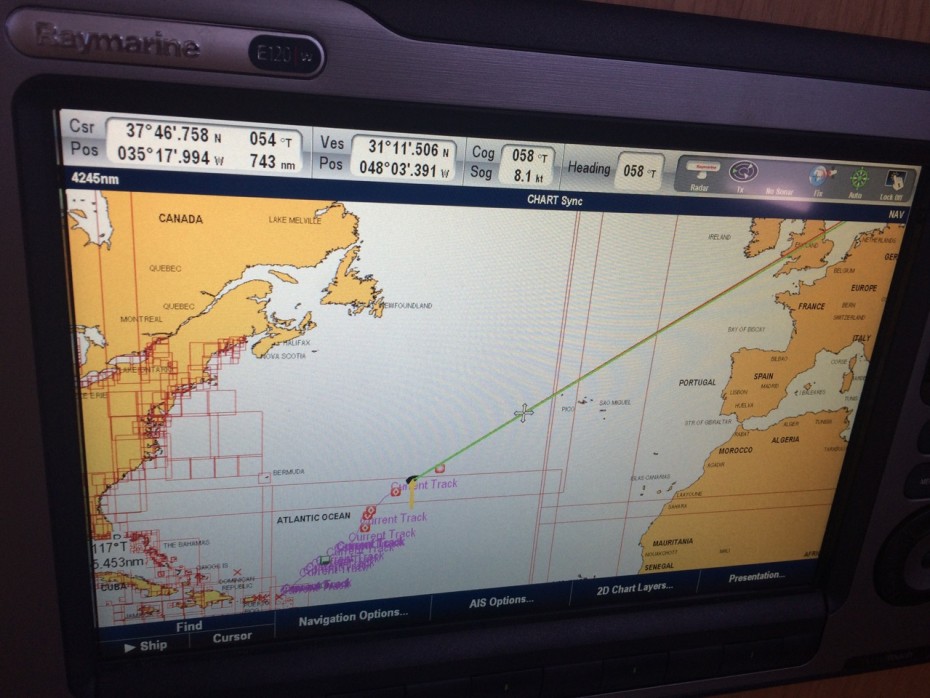 Arrived at a special place for Serge. The middle of the North Atlantic. 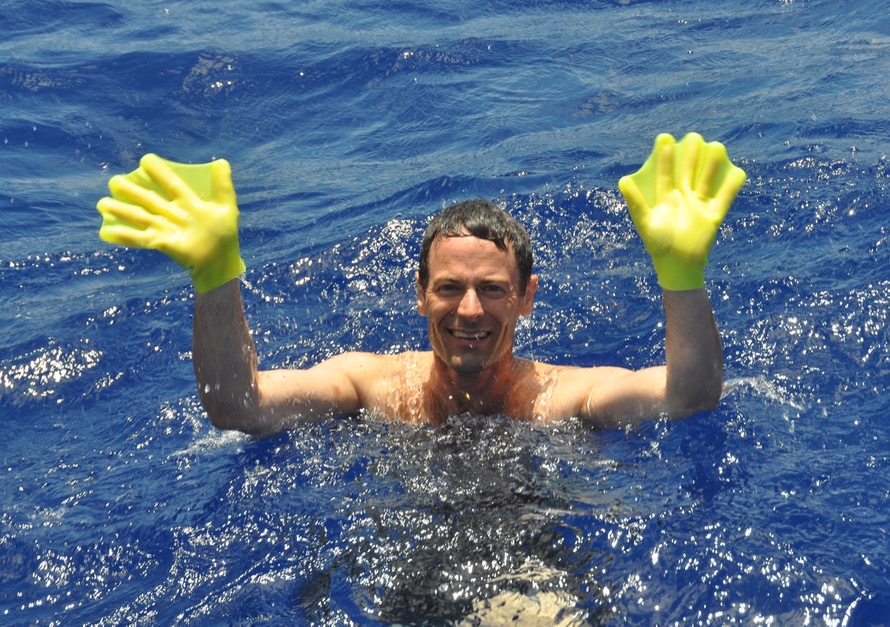 Serge-fish in the Atlantic. We could not leave it there. 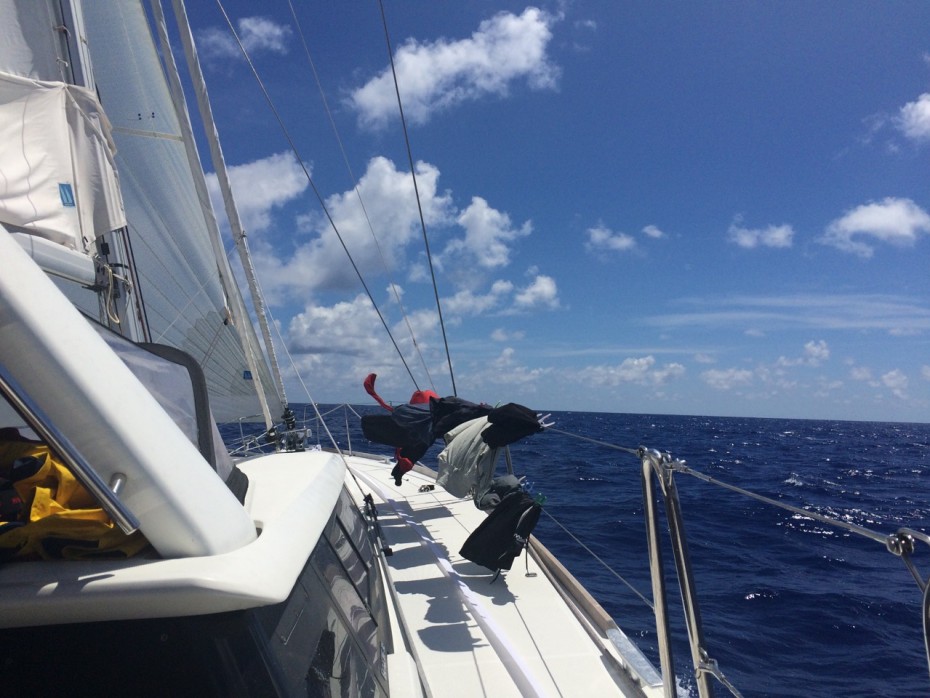 Yes, even in the middle of the Atlantic have made washing.