Two days before making our landfall in the Azores, I made a proposal to the crew… As our pace turned out to be fast enough to be ahead of our schedule, I proposed stopover in Flores before heading toward Horta.

I had heard a lot of great things about this island from other captains and as it is almost on our way (a short detour of 5h) then why not go there and have a look?

After our viewing of the film “1492”, Carl and Serge imagined arriving into full mist, with an unveiling of greenery and cliffs at the very last minute… After having scrutinized the horizon until the sunset to see the top of the mountains, it’s finally at night that finally got there. We could easily find a location to drop the anchor in front of the other boats.

I was certain that people were laughing at us on arrival, before realizing that it was bird! The cries of these cagarros certainly has surely have served as inspiration for the voices of teletubies…

What was the most surprising aspect of the end of our crossing was the newfound silence. There is always noise when we travel: vessel creaks, the sillement of the wind in the ears is missing and there’s the perpetual surf at the stern of the boat. After realizing the strangeness of silence, one becomes aware of the absence of gite and movements. The boat is as if it were frozen in time… After two weeks in the washing machine, it’s a feeling that we really appreciate! Finally, the smells and the sounds of civilization arouse our senses. Sign of the modern times, I had to take a few minutes to locate and connect to a free Wi – Fi network!

After a good night’s sleep, it is in a heavenly place that we are awake. The port is bordered by a large cliff and the small marina overflows so there are boats. We are at the top of the high season, as all European boats returning home before the hurricane season are currently passing.

As is custom when arriving in a foreign land, we are preparing to complete the customs formalities. We are the meeting of Tiago, the head of the marina. However, it cannot fill our formalities because he must attend the boat of the person just in front of us: a French which took one month to rally Flores (we put 15 days). Its motor is unserviceable and it must have help to get into the marina. I propose to help. As long as to have nothing to do, I do so the tug during almost all morning. Once the boat is secured, then this is a strong Tiago interesting, recognizing and cooperating I met. This is by far the best host in a foreign land that I received in my entire life! And this will only be the beginning of a real love affair with the island of Flores.

The support I have given to Sophie will allow me to meet his childhood friend, Marco, a french in telecommuting that has the opportunity to settle in the most beautiful places on the planet with his wife and children. It will arrange a car rental the next day with his car mechanic and will be our Guardian Angel throughout our stay.

Its first service will be to carry us with his car at the top of the Hill, where is a good restaurant and a grocery store. What joy of a good hot meal with no preparation or no dishes! After our belly skin is tight, we made a small tour at the grocery store. As you can see from the picture below, we are indeed made in Europe to see the displayed price wines!

Carl, meanwhile, will be a revelation with an event that will take place later in the evening… A makeshift BBQ between people of boats currently in Flores. A dozen crews will participate, with a sharing of fish caught in road, songs and guitar scratching. A magical evening that helped him discover that travelling with a boat and the rag is especially to take advantage of the stops where you live magical moments. 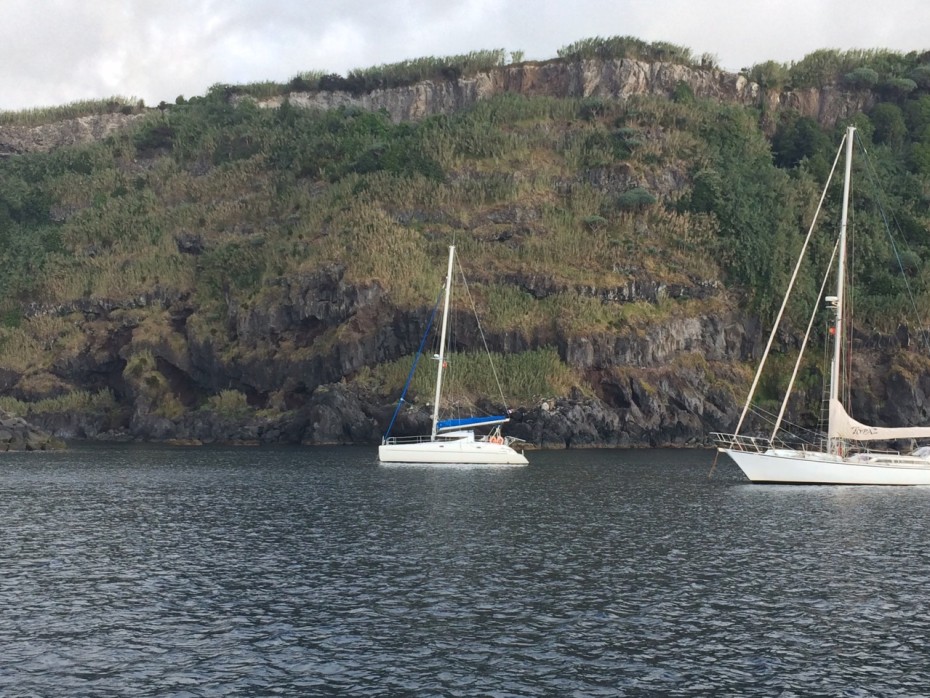 The cliffs along the anchorage and that serve as nesting grounds for the cagarros. 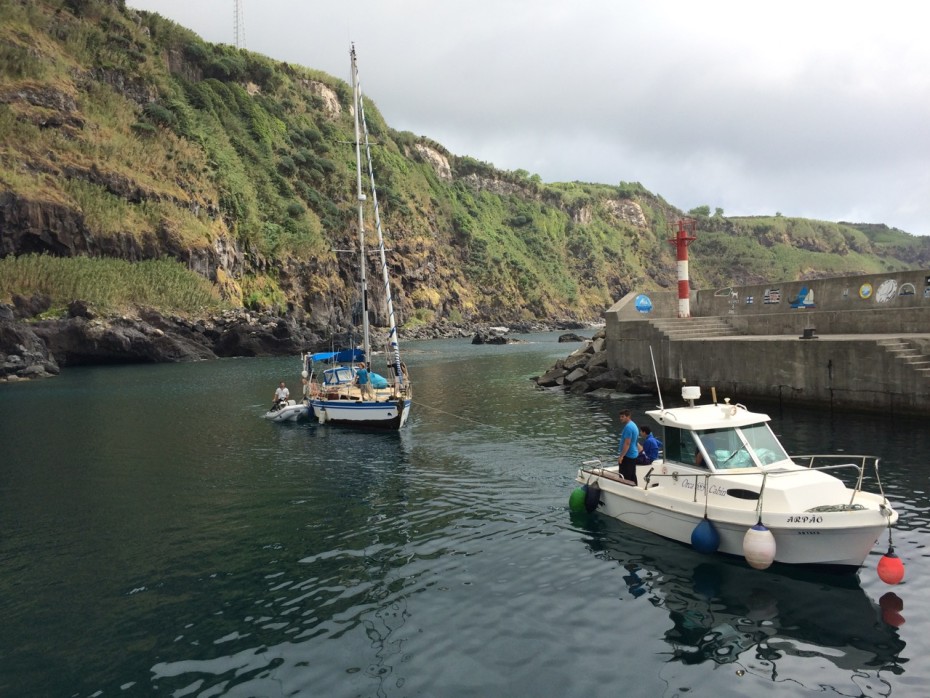 In full operation of towing to help enter Sophie boat in the marina. 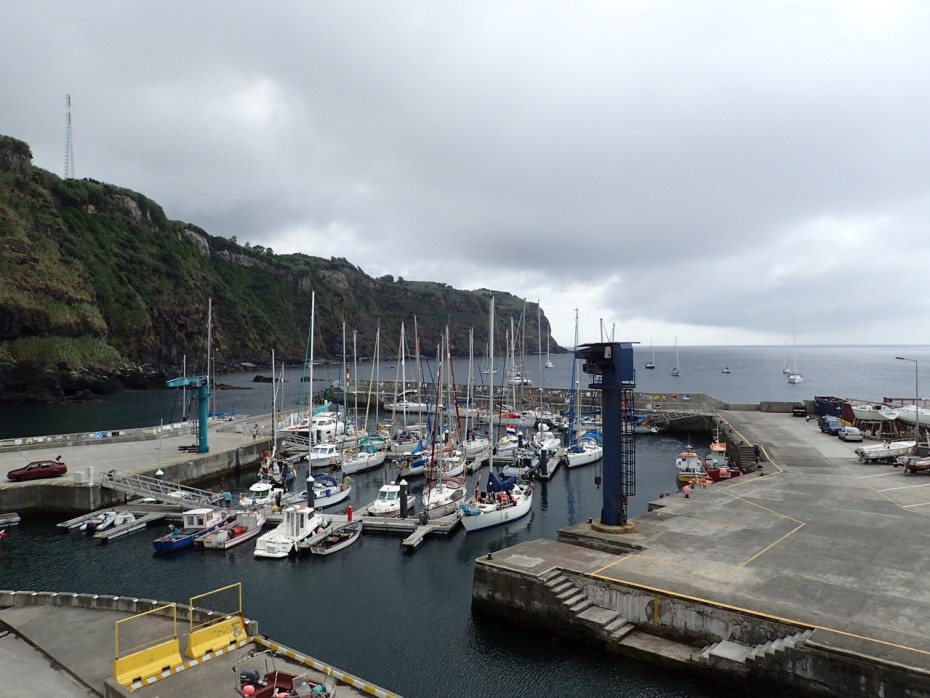 The small marina is crowded and I has not too much taste to Jayana prison. 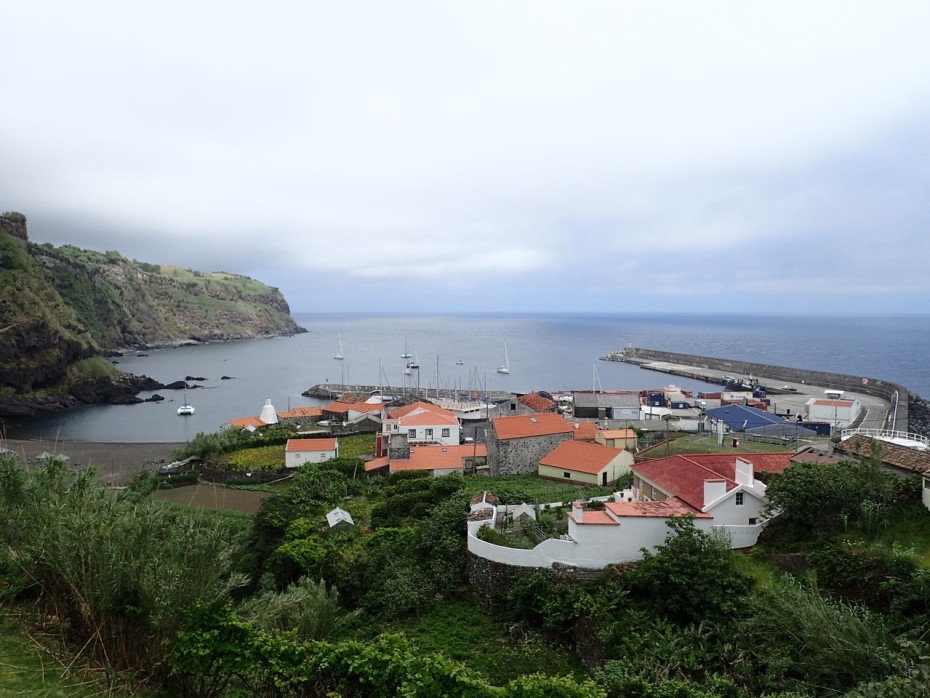 The port of Lajes, Flores, with the boats at anchor. Jayana is at the far right. 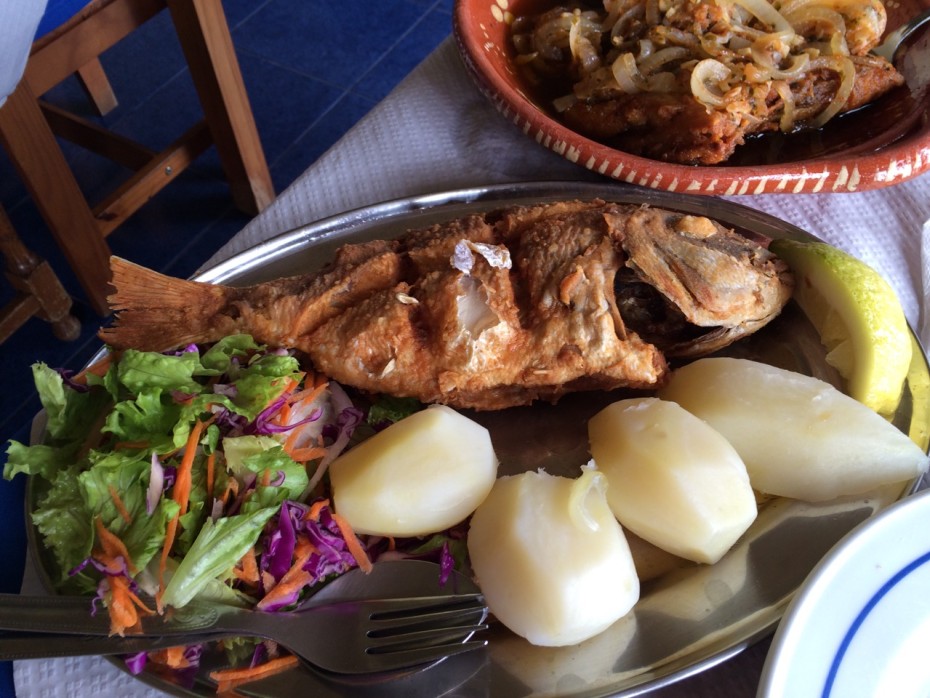 First meal ashore. Anything would have been a delight! 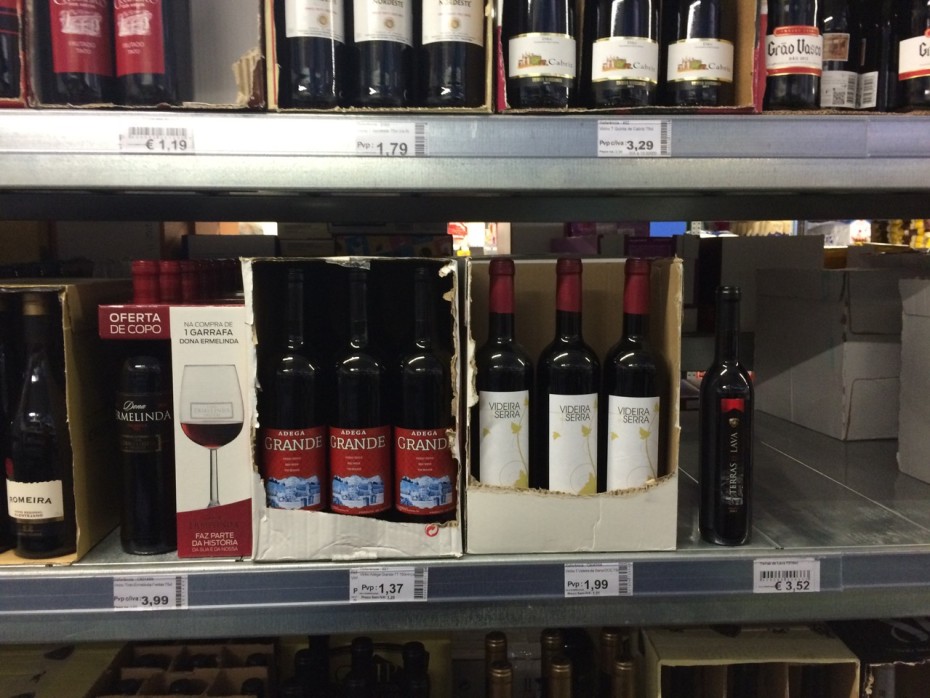 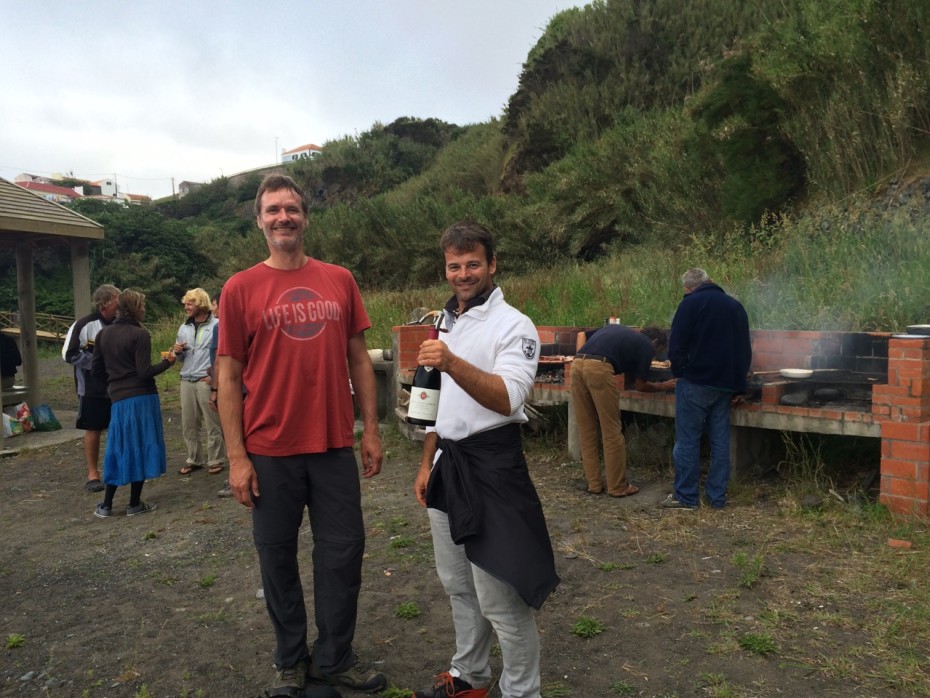 It smells like the BBQ! This will be a magical on the beach just beside the marina evening.