After a short stay in San Jose, we head east toward the Orosi valley. Our hotel is a charming little cottage with two bedrooms and a kitchen. Sounda is so excited to finally have some control over our food. No more endless waiting in restaurants. We can render those precious hours much more productive, for example by extending our school hours. 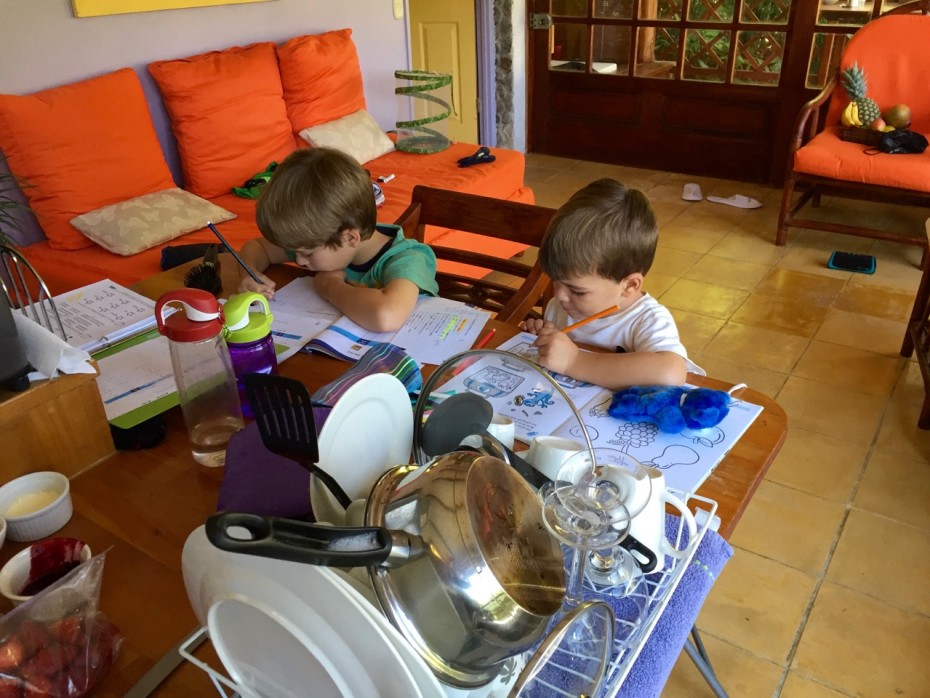 The Orosi valley is really pretty. It is characterized by majestic trees adorned with orange flowers. Sometimes we can almost imagine ourselves in an autumn landscape with all these orange hues. Rivers flow in the bottom of the valley and all around, the land is used for agriculture. 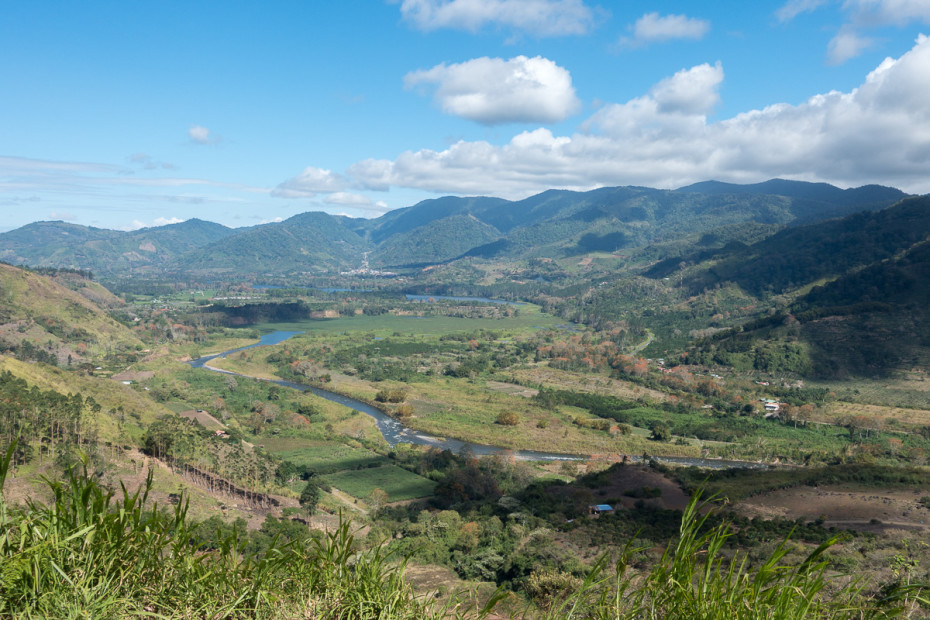 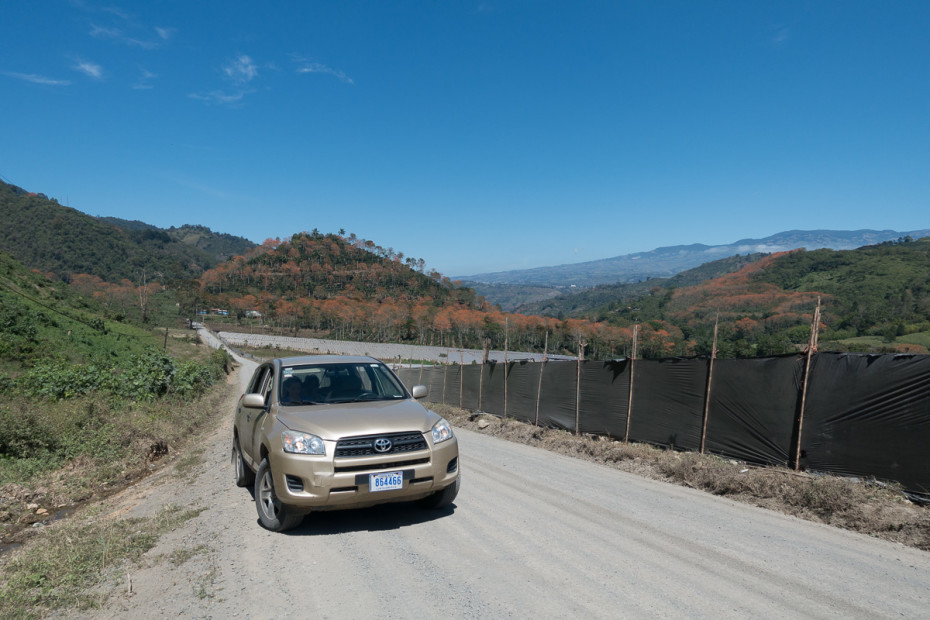 We did two activities during our stay, one which is rather touristy and the other off the beaten path.

One of the most visited volcanoes in Costa Rica is the Irazu volcano. A winding road leads to its summit, the highest (for a volcano) in the country. Our itinerary was more difficult than necessary because we followed the route proposed by Google. Presumably, they have never been here because all the recommended routes were impassable. Eventually, to our relief, we found the main road. Along the way, several riders were climbing the 3200 meters. Hats off to these athletes! 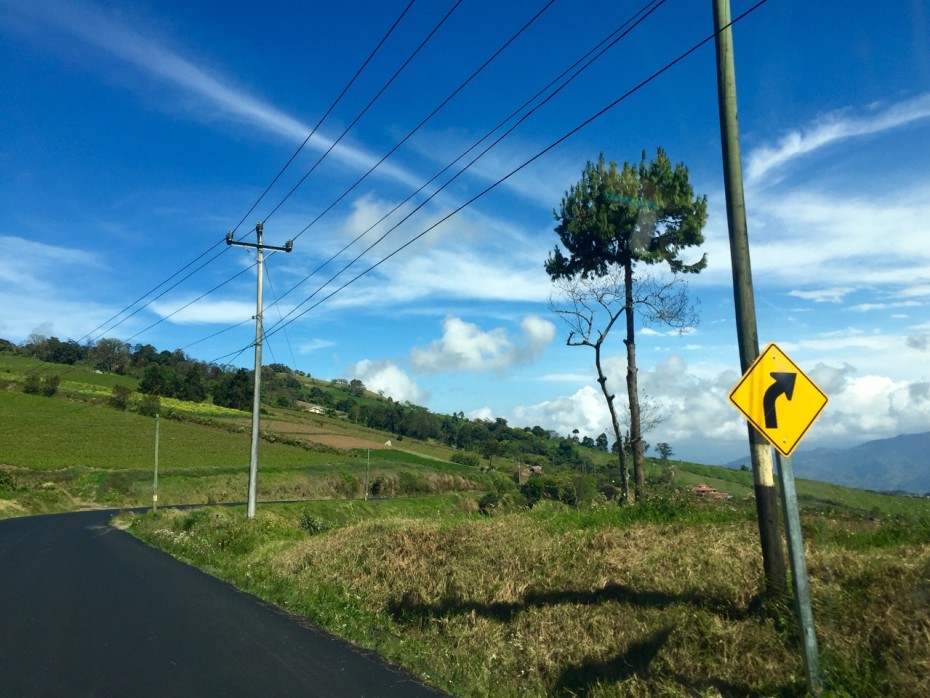 At the top, we were above the cloud layer. The show was great with black sand, blue sky and white clouds… 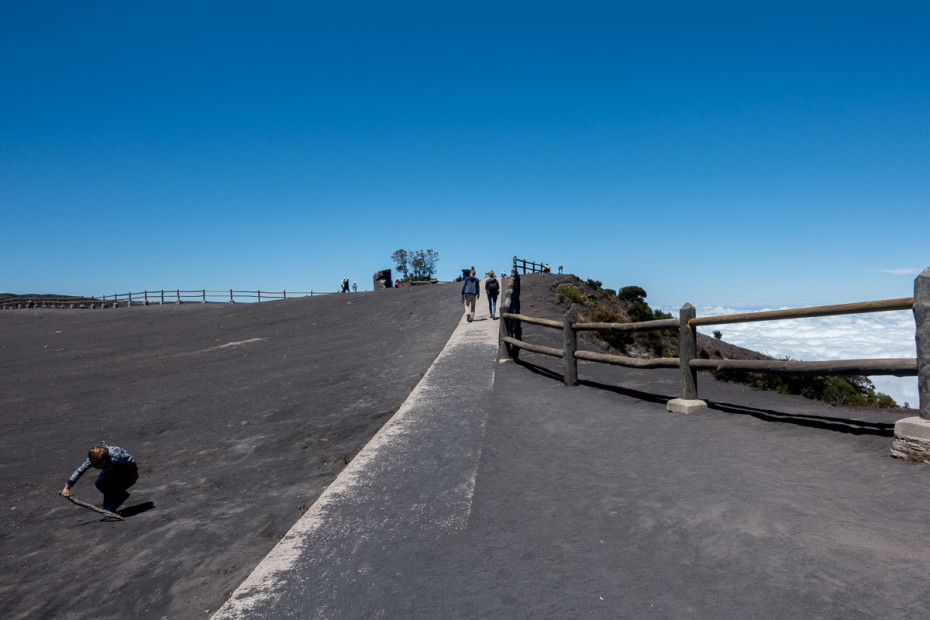 The trail leading to the caldera allowed us to see the two craters and the beautiful ‘beach’ of black sand. The children ran like crazy in this vast playfield. The weather was absolutely beautiful with very little wind and a warm sun despite the altitude. 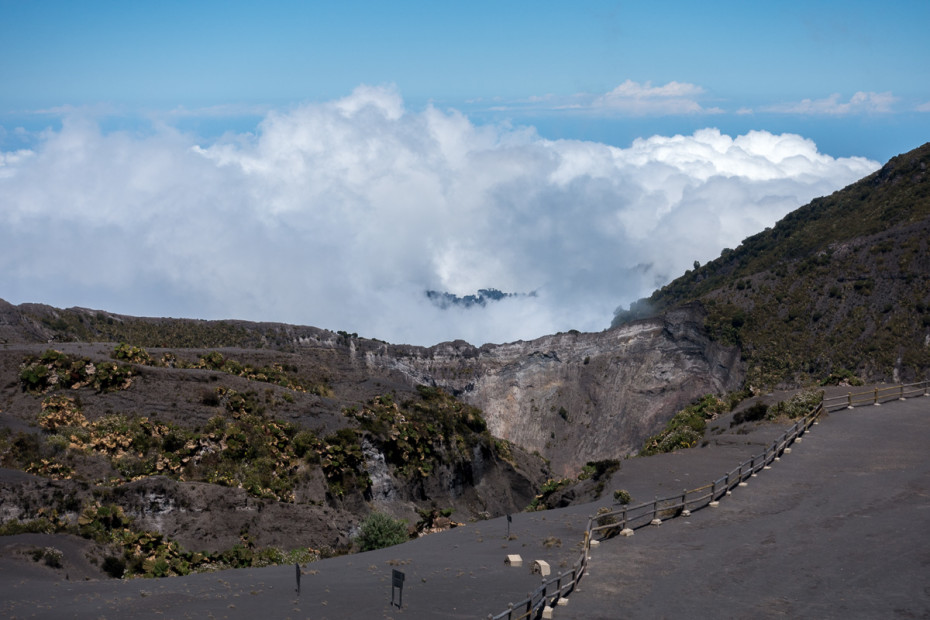 It is not the most impressive volcano, we had so much fun with the kids. We searched for different rocks, chased butterflies and we had to escape the coatis who wanted to eat our chips. All in all, this trip was really worth it.

The next day, we were looking to explore some beautiful nature. After consulting with TripAdvisor, Sounda found a small park nearby that offered trails and swimming. Apparently very popular on weekends by residents of Orosi, the feedback of the park were all glowing. We headed toward new adventures and the kids were eager to return to the jungle. They are always excited to discover new hunting ground for insects… 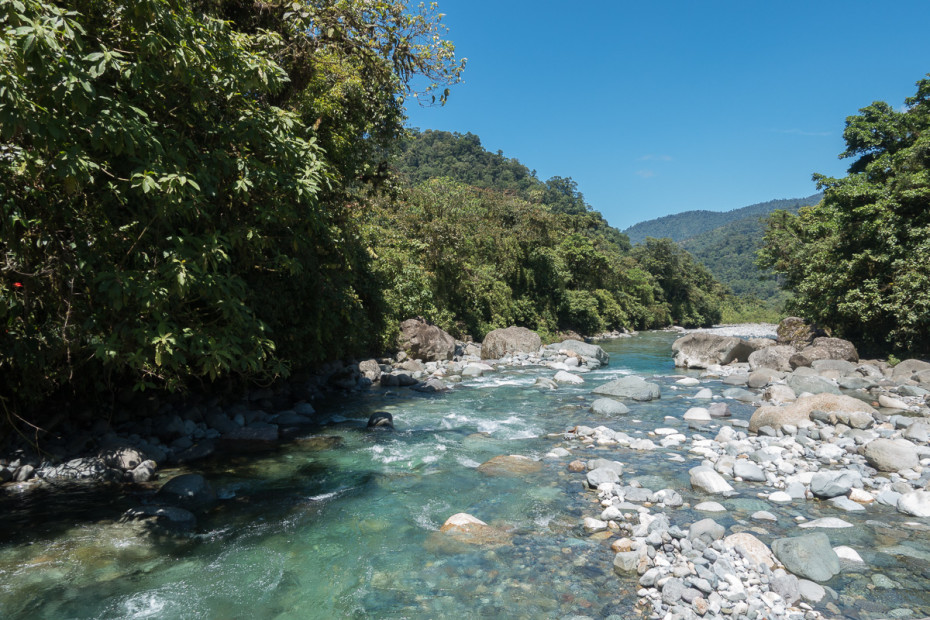 We saw a few new insects, among them the most impressive butterfly, the blue morpho. Maël discovered that they are super-fast and virtually impossible to capture in flight. We had a lot more fun to swim in the river, with one of the clearest water we had ever seen. 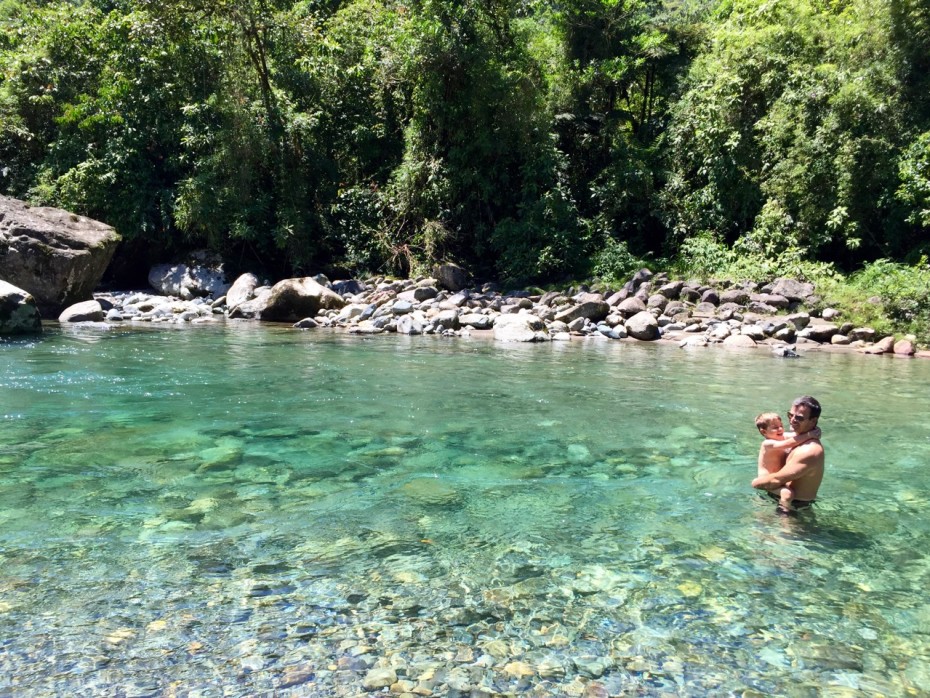 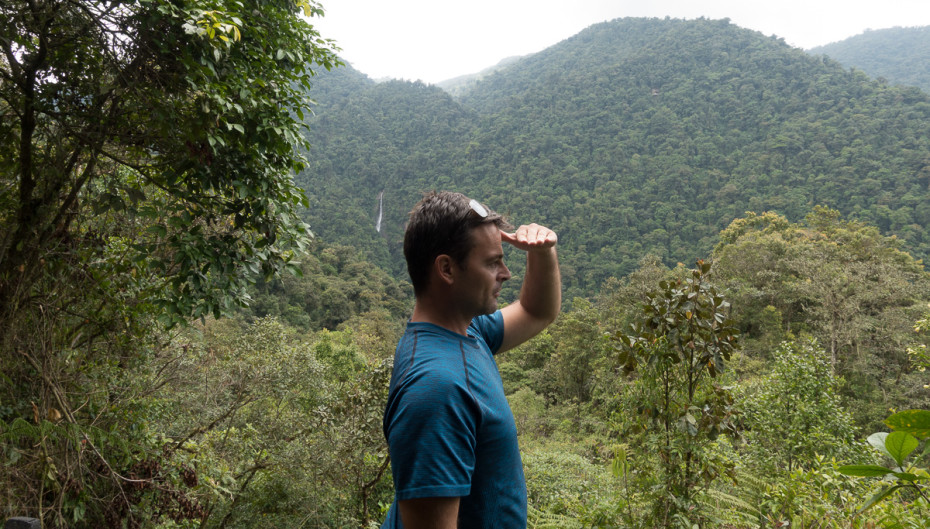